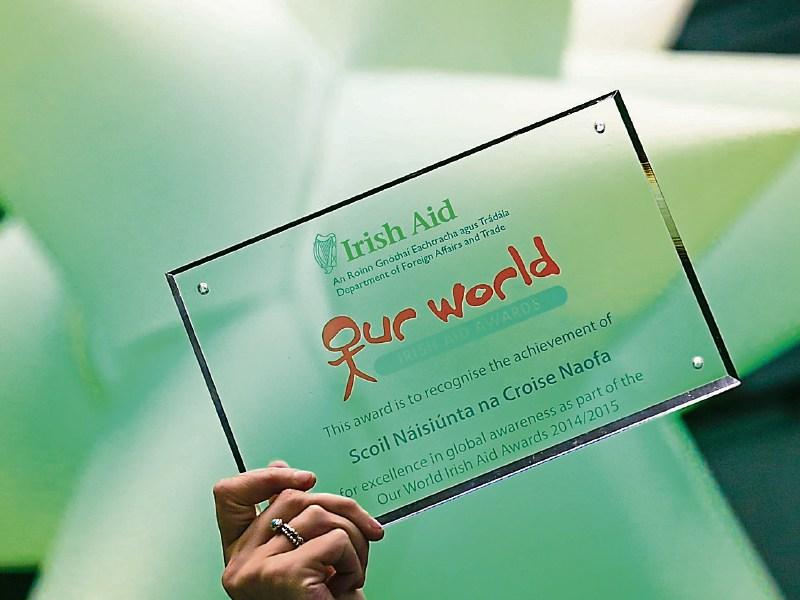 Our World finals to be held in May

Two Kildare primary schools have been named regional finalists in the prestigious annual Our World Irish Aid Awards.  Pupils and their teachers from Scoil Mhichil Naofa, Athy and Allen National School, Kilmeague, Naas will showcase their projects alongside those from 13 other schools across the region at the regional final event taking place in Dublin on Tuesday 15 May 2018.

Congratulating the teacher and pupils at the two Kildare schools on making it to the Dublin regional final, Minister of State for the Diaspora and International Development, Ciarán Cannon T.D., said that the standard of project entries this year had been exceptionally high.

“My warmest congratulations go to the teachers and pupils at both Kildare primary schools on being named regional finalists,” he said.

“Hundreds of primary school pupils across Ireland took part in the Awards, learning how they, as global citizens, can make a tangible difference to the lives of others in developing countries and the transforming role of education.  In particular, they have explored life in Mozambique and how the Irish people, through Irish Aid, have been supporting Mozambican children benefit from primary school education.  This is hugely important in terms of developing our national understanding of Ireland’s role in contributing to the United Nations Global Goals for Sustainable Development”.

“The standard of entries this year was exceptionally high and, having met to choose the regional finalists, the judges now have a difficult task ahead of them in order to decide which of the 60 entries across the four regional finals will go on to the national final event.”