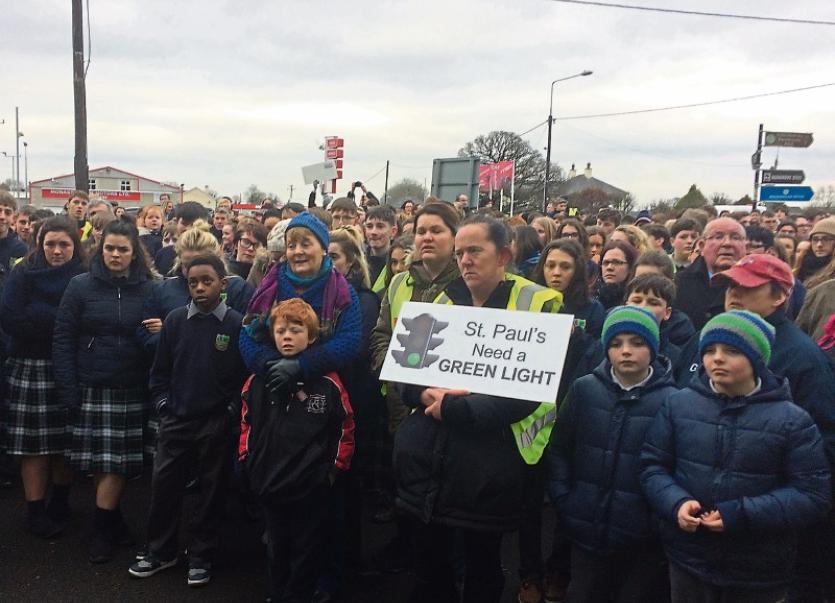 Protesters at the march for the new school held last year

St Pauls school action committee held another public meeting on Monday night to highlight and discuss the progression of the new school in Monasterevin.

They maintain that they are at crisis levels in the existing school and while the documentation has been completed by the design team and will be delivered to the Department of education this week, the action committee have warned that they “cannot sit on their laurels”.

“We have to push to commence building in the first quarter of next year as the Department of Education timeline states we won't be starting until the third quarter - we can't accept this timeline as we are at crisis point in the school. We can't take any more delays,” a spokesperson said.

“We had a huge crowd at the meeting which was a fantastic turn out and the mood was that of urgency for our new school, it was very encouraging to have the full backing of the town in our fight.”

“We were disappointed that we had no local TDs present at the meeting and the disappointment was palpable in the crowd. There is a sense of Monasterevin being the forgotten town and the lack of public representatives enforced that view at the meeting,” she added.

READ MORE: One toilet for 230 pupils