Kildare householders urged to put the kettle on for Alzheimers 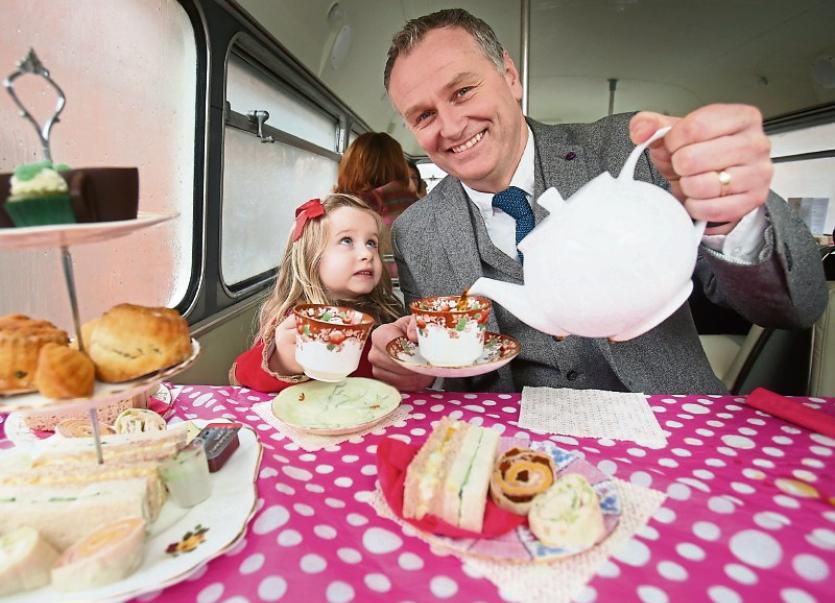 Kildare householders are being urged to put the kettle on for Alzheimer’s Tea Day, which is held on Thursday May 3 next to raise much needed funds for the Alzheimer's Society of Ireland - ASI.

Alzheimer services in Kildare include day care, home care, social clubs, support groups and Alzheimer Café. In Lenister there are over 23,000 people living with dementia and 1,453 of them are in Kildare. For everyone person diagnosed three people are directly affected.

Since the very first Alzheimer’s Tea Day in 1994 over €8 million has been raised to provide essential support to the 34,650 Women and 19,800 Men living with dementia in Ireland today. Every year thousands of people host tea parties in their homes, offices and schools. This year we’re asking you to join them, all funds raised locally stay locally.

The ASI is the national leader in advocating for and providing dementia-specific supports and services. Each year it provides more than one million hours of community-based dementia-specific care throughout Ireland.

There is nothing we Irish love more than sharing a cup of tea with friends and families, where the problems of the day are tackled. With 1 in 2 people in Ireland knowing someone who has been diagnosed with dementia, calling round for a cup of tea is also a great way to bring a little light into the day of someone who may be isolated.

Dáithí Ó Sé said: "I'm delighted to support Alzheimer’s Tea Day again this year, for the third year running.  There's 1,453 people living with dementia in Kildare today so that's 1,453 good reasons to get the kettle on. What alarms me is that this number is set to double in the next 20 years. By taking part in this campaign you are helping to raise vital funds and awareness of a condition that is affecting so many of our family, friends and neighbours. What’s important to remember is that money raised locally stays locally, so by getting involved you’ll be supporting your own community"