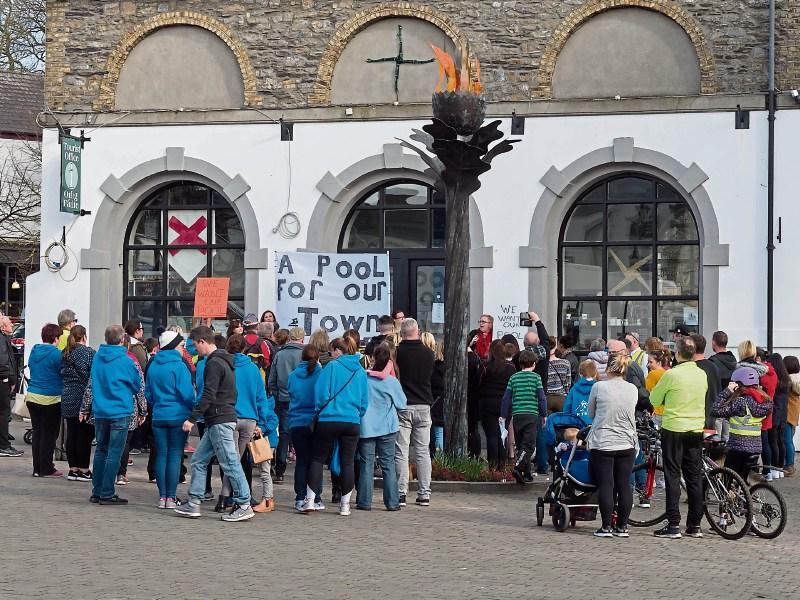 A march took place in Kildare town on Saturday calling for a new swimming pool for the town.

Organised by the beneficiaries of Cill Dara swimming pool trust fund committee, they want the money collected for a swimming pool over 40 years ago to be used for a pool and leisure facilities in the town.

Committee member Ber Nolan thanked the large crowd for turning up and supporting this issue and said the committee would be fighting to ensure that the money collected for a swimming pool would be retained for its intended purpose.

Fellow committee member Deborah Walsh said that it was important that the people who attended today also come along to the public meeting on Thursday 29 in Kildare House Hotel at 8 pm.

She added that the committee is building towards the realisation of fulfilling the aims of the original people who started collecting for a pool for the town and outlined all the benefits that a swimming pool and other leisure facilities bring to a community.

A plan for taking this campaign forward will be discussed at the meeting on Thursday night as well as correspondence from the charities regulator and solicitor for the trustees of the Swimming Pool Fund.

The Leader understands there is up to €140,000 left in the fund to be used in the future for the good of the community.