Meeting next week at St Paul's school in Monasterevin 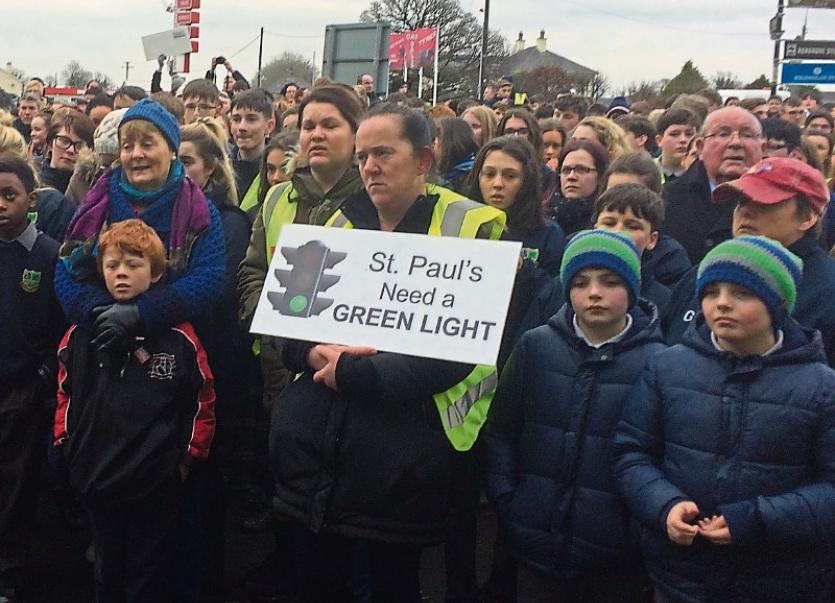 The St Paul’s Secondary school Action Group in Monasterevin have thanked the teaching staff and Principal Brian Bergin for their dedication to the pupils given their current substandard working conditions.

They have organised another public meeting at the school on Monday April 9 at 8pm to discuss ongoing delays for the new secondary school.

The meeting has been organised to discuss the on going issues specifically regarding timelines for the new building at Moore Abbey to commence.  There are concerns that the time frame for the new school will be delayed by at least nine months from Jan 2020 to September 2020.

According to the Action Group it is now critical the design team have their final design sent to the Department of Education by the end of March to stay on track.

In a recent statement they thanked the staff and Principal Mr Bergin for continuing to work well in poor conditions.

These current conditions include class room overcrowding; the heating constantly breaking down; teachers correcting and preparing for classes in their cars; and inadequate toilet facilities.

“During the whole process of the new school build, the parents have the utmost respect for Mr Bergin and his staff. The teachers have gone above and beyond their roles in providing the children with an education and given their working conditions, it is quite astonishing and commendable. That is the truth - we're not trying to gain any favour by saying that. How they haven't walked away from it all is a testament to their dedication undoubtedly driven by Mr Bergin.”

nd those interested in making this subject a priority, we cordially invite you to attend the abovementioned meeting