South Kildare historic castle is brought back to life by American couple, the Cashmans 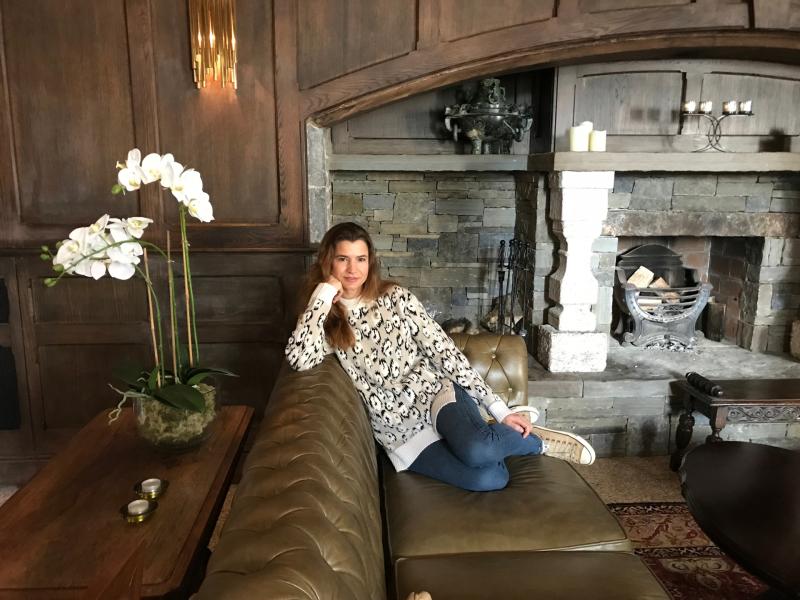 Spending time at the newly refurbished Kilkea castle outside Athy is like a window to the past.

Time moves slower there and good luck if you want a phone signal, because you might just have to go missing in action for a while. Or better yet, you can talk to people around you, in my case two American tourists, who have just spent their first night in a real castle.

“Isn’t is so beautiful here – have you seen the views from the tower?,” one lady from Boston says. “ I can now knock sleeping in an Irish castle off my bucket list,” said the other lady, who was from all over the States but currently living in New Orleans. “I loved waking up here.”

I am here to talk with American actress Christy Scott Cashman, who is married to Jay Cashman. Together they have two teenage sons, Jay Micheal  and Quinn. They are also the newowners of Kilkea Castle.

"Jay came castle shopping about five years ago. He went into the real estate agent and said he would like a castle. The agent said to him 'what do you want a castle for - you'll do well in a cottage - you can have all you need in a nice little cottage'. I even thought Jay was joking,” said Christy, who is originally from North Carolina and is a keen horse rider.

The Cashmans are regular visitors to Kilkea Castle and Christy spoke to the Leinster Leader during her trip in early February.

“This is my first trip over with a group doing an equestrian trip - I'm going to start putting packages together. Yesterday we saw Tara and the Loughcrew Passage, it was unbelievable. I have another one coming up in May, June and then there's the Derby and the RDS horse show in August. Bringing Americans over, they are blown away just by sitting on a horse and looking at the views and staying in a castle. It's much more easy to impress the Americans because you can’t find anything like this back home. "

The castle dates back to 1160 and was home to the Fitzgerald family for over 800 years before changing hands.

Now there are three restaurants, a pub called 'The Keep', a golf course, a walled Victorian garden and even a small beach area known as such because it leads down the Griese River, where they swim and tube in the summer.

It can accommodate 350 guests in a combination of lodge houses, gate houses and for a select few, the castle itself.

"We renovated every building before the grand opening last October," she said. "We gutted the place. We've had the property for five years but started the renovations three years ago. We spent our first Christmas here two years ago. It is a special place."

See next week's Leader for full article and photographs