KCC hands over keys to seven new residents in Monasterevin 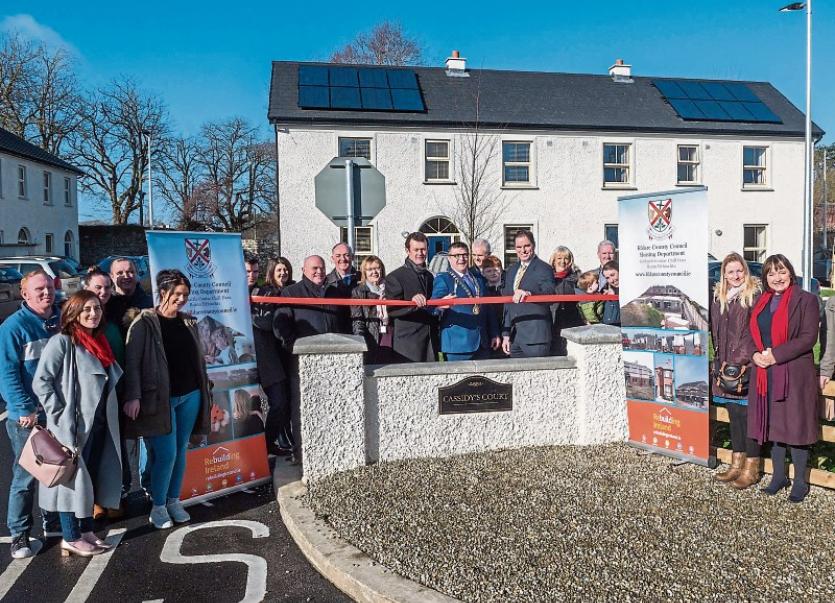 The new residents, local representatives and members of KCC Housing Department outside the new development

The Mayor welcomed the delivery of the first scheme of newly constructed social homes in Monasterevin for a number of years and looked forward to more developments of social housing throughout the county.

Seven householders were given their keys to the pristine state-of-the-art three bed properties and all had been on the housing list for over ten years. The  homes are  described as being constructed to the highest standard and are A rated. The
development was delivered in two phases, with six units completed just before Christmas and the remaining seven units at the beginning of February. The development is funded by the Government under the ‘’Rebuilding Ireland - Action Plan for Housing and Homelessness.

See next week’s Leader for the full story.