KCC spends €2.5 million a year on clean up costs

Flytipping: 16 clean ups are undertaken each month in Athy 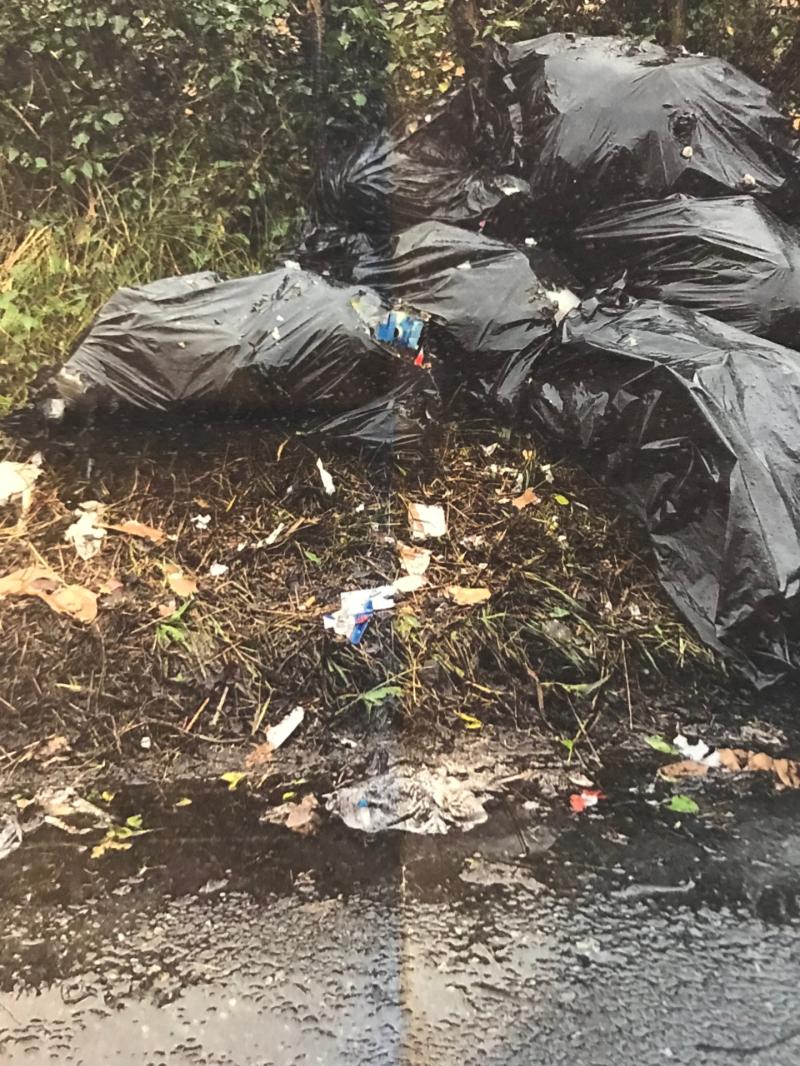 Recent dumping at the Golf Club Road in Athy

The issue of illegal dumping or flytipping was raised at this month's Athy Municipal District meeting which was held on Monday, January 21.

Cllr Mark Wall tabled a motion asking how much the council spends on illegal dumping clean ups and requesting that a task force be run in Athy to combat the problem.

The meeting heard that Athy has a major problem with illegal dumping as does the whole county.

The council spends over €2.5 million annually on street cleaning and costs associated with clean ups of illegal dumping around the county.

Typically in Athy there are 16 clean ups undertaken each month. The cost of each clean up can range from €500 to €2,500.

Members were told that where evidence regarding the offenders is discovered, the council will issue fines and pursue legal action. A total of 340 fines were issued in 2017 across the county.

In addition a number of cases under the Waste Management Acts were initiated.

“We as councillors want this to stop. Imagine if we had that money to spend on elsewhere,” he said.

“The gardai are willing to come on board. How many of those fines were paid and how many went to the same people? Think of the damage it is doing to our countryside and to tourism in our area.”

Cllr Martin Miley said it is a blight on the community.

“We need to name and shame,” he said.

“When people give their rubbish to somebody who is unlicensed for a small fee where do they think it is going to go?”

Cllr Redmond said he has seen nappies, cans and mountains of rubbish being pulled out of the River Barrow each year.

“I heard someone say recently that they paid someone to dump their rubbish not realising it would be dumped near their own house. We need to be brave and put a stop to this.”

Director of Services Joe Boland agreed that it is huge problem affecting the whole county.

“We collect 300 tonnes of flytipping annually,” he said.

“The problem is only getting worse. We put a lot of effort into this and into the local Tidy Towns but people are giving their rubbish to to those who don't have a permit.” A special meeting will be held next month.