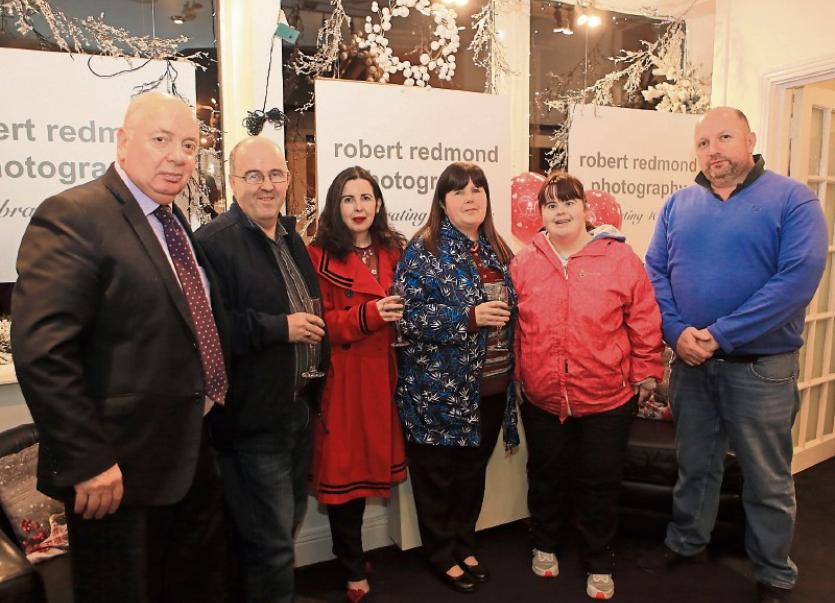 Celebrations were held on Thursday, November 23 at his 16 William Street premises.

Robert and his wife Patricia have been running their photographic business in Athy for the past 40 years, mainly in weddings and portraits, but have also worked for all the local and national newspapers, and even Hello and OK magazines. He was commissioned by Hello to take photographs of former Athy resident the late John Hurt and his family (see below). 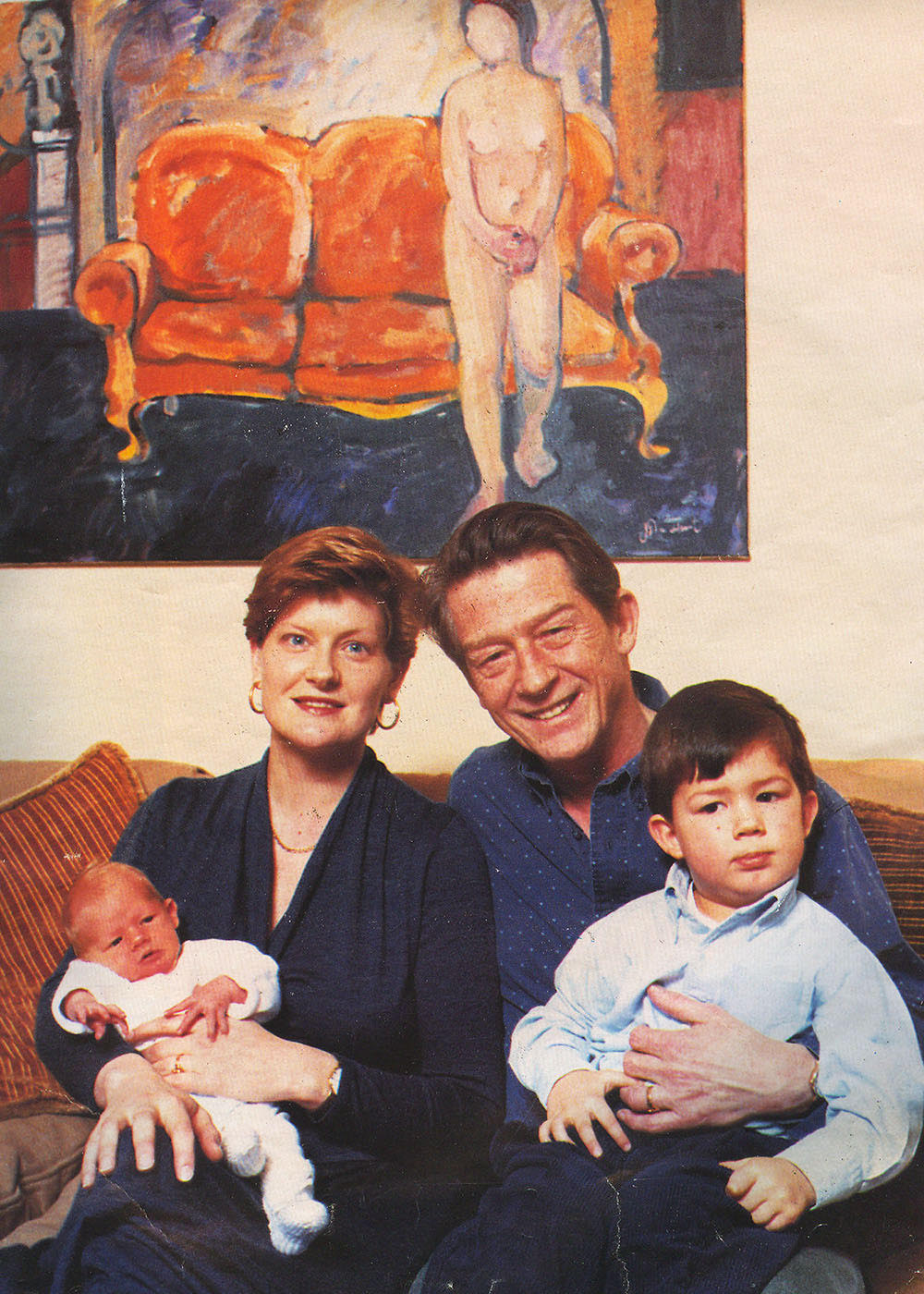 Robert also produced two books during this time, Athy Town and Achill Voices, the latter being the subject of an RTE1 Nationwide programme.

On the night he also launched a documentary film called 40 Years of Portraits. Robert invited some of his clients to bring their portraits to the studio to be photographed with them, some dating as far back as 1978 . The clients were then asked to give a quote about what the portrait actually ment to them and Robert was very moved by the results.

“There have been many changes over the past 40 years, the largest being the digital era in 2004, speeding up the production of photographs and ending the use of chemicals in a darkroom,” said Robert.

“To this day I am still amazed by this technology.”

In his press days as a freelance photographer, Robert got world acclaim for his on the spot coverage of the Athy Bank of Ireland raid and seige in 1990, which resulted in one fatality and serious injuries to others from gunfire during the raid.

Robert’s photographs were published around the world as this was the first time the gardai had used armed force to foil an armed bank raid.

In 1990, Robert and Patricia and family also moved into their current studio building and have seen off three recessions, saying there are also opportunities during a recession.

Another scoop for Robert was a six page story in Hello magazine of the late. great actor John Hurt, who used to live near Athy in the 1990s.

Robert was asked to be their exclusive photographer for their second child, and so this also gave him a high profile .

Robert is a well known Athy activist, a founder member of the Chamber of Commerce and was one of the main organisers of many traders organisations and festivals over the years — the largest of these was Ireland's first ever Santa Wonderland in 1992 in a disused warehouse on Duke Street , so unique was it that RTE 1 News at 6 covered it.

Robert believes in giving back to his town. ” As I always say,Athy gave me so much I feel I owe it to the town I love so well. Its just what you do.”

Robert and Patricia said that they are heartened with all the support they have received because without the goodwill of the customers they would not be here today and for that they both are eternally grateful.