Lorry drifted into Rolls Royce on M9 near Balitore 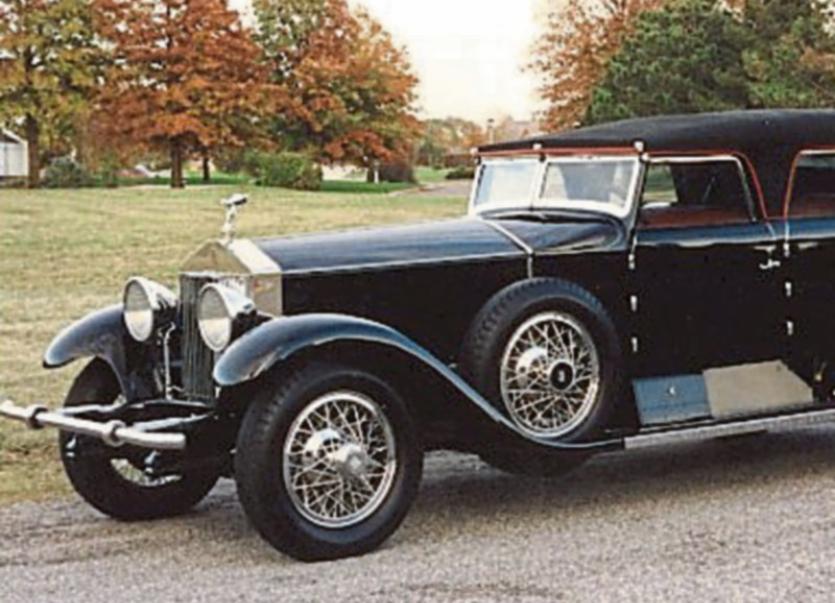 A lorry driver who ploughed into a bridal Roll Royce on the hard shoulder of the M9 was fined €1000 at Athy District court last Tuesday.

John Ryan with an address listed as Middleplough, Knockacoilier, Castletown, Co Laois was before the court for a charge of dangerous driving, which was later reduced to careless driving after he came to the attention of gardai on May 6, 2016 at 4.30pm south bound near Balitore on the M9.

The court heard that his lorry drifted into the hard shoulder hitting the vintage rolls royce parked there.

The car had been carrying a bridal couple but it got a flat tyre. The couple had got a lift while the tyre was being changed in the hard shoulder.

“It is a miracle nobody was killed,” said Judge Desmond Zaidan.

The court heard that the injured party and owner of the car hurt his foot in the incident. The 1928 car cost €32,000 to repair.

The court was told that the defendant had his six-year-old son in the lorry at the time and was distracted when he son started to cough. causing him to drift into the hard shoulder and clip the car.

“It was a momentary lapse,” the court was told.

“That's all it takes - a moment to kill,” said Judge Zaidan.

There was nobody in the car at the time as a convoy party picked up the birdal couple.

“There must have been sentimental value this car is 12 years off it's 100th birthday,” Judge Zaidan said.

The defendant works for his father's haulage company and is in the process of renewing their five year license.

The court heard a conviction will have an impact on the application.