Kildare man bags €36,000 on Winning Streak for his wife 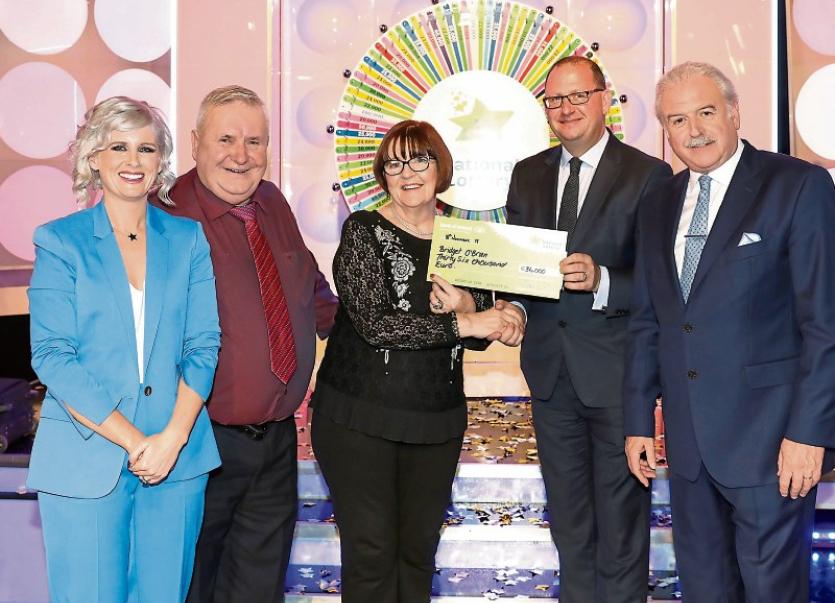 No stranger to a good deed, dedicated volunteer and truck driver, Eddie O’Brien, from the Kildare side of Enfield, made the ultimate sacrifice last Saturday, November 18, by playing a blinder on the National Lottery Winning Streak game show on RTE One on behalf of his wife Bridget, winning her a total of €36,000 in prizes!

Enfield’s Eddie relished his appearance on Winning Streak and was more than happy he done so well for Bridget, whose name was originally pulled out of the drum last Saturday week. Eddie also won a holiday, which the happy couple will go on, to the beautiful Salzburg in Austria, worth €3,000. The other €33,000 will do well for some spending money!

Bridget plans on putting some of the new-found funds to home improvements and towards “giving a great Christmas” to their children and four grandchildren. The 62 year old and his wife Bridget have two children, John and Mary, and four grandchildren – two of whom; Dylan and Shane, were in the audience cheering Eddie on Saturday. The other two Saoirse and David were excitedly glued to the TV watching from home.

Nice-guy Eddie has been a truck driver for the past 39 years, transporting animals around for veterinarian organisation, Co-Operative Animal Health Transportation. His real passion in life is volunteering and helping others. He has been volunteering in his local credit union in Enfield, where he his chair of the credit committee, for the past 21 years.

Eddie is described as a really positive guy and lives life by the maxim – live every day to the fullest – and also believes in helping others in any way you can. He has also volunteered and fundraised for a charity called the Lourdes Kindness Group which raises much needed funds for sick children and people, who wouldn’t have the means, to go to Lourdes, for many years.