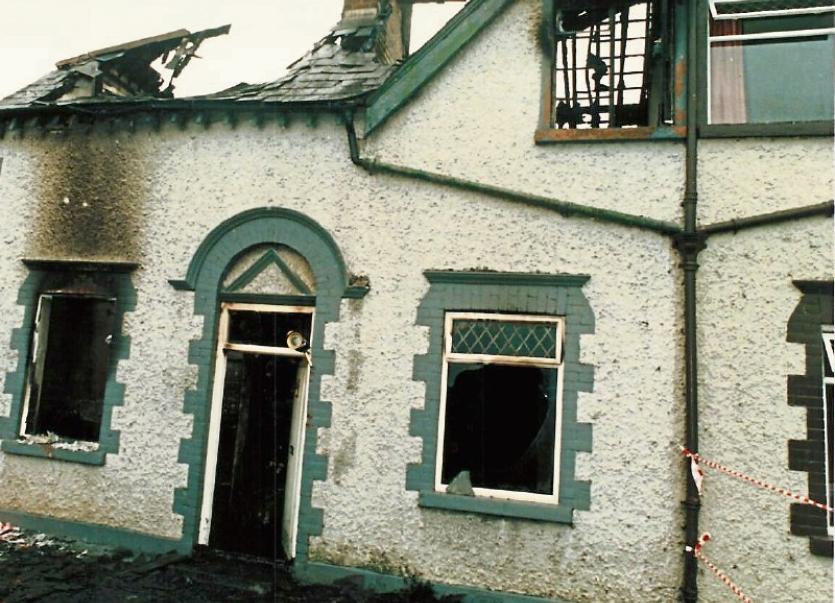 Tonight on Crimecall on RTÉ One at  9.35pm Elizabeth Byrne and her sister Pamela speak for the first time together about the devastating Kilcock fire which killed Elizabeth’s two young daughters and her sister thirty years ago.

A blaze broke out at their home in the early hours of the morning which subsequently claimed the lives of all three.

Last September the case was upgraded to murder.

Elizabeth reflects on the precious few years she spent with her beloved daughters, “They were brilliant babies. Mary Ellen being reserved and Kerrie being the ‘divil’, playing the tricks on the neighbours and Mary Ellen used to say ‘Oh ma you’ll never guess what she’s after doing..!“

Barbara was very close to Elizabeth and her two daughters. She was just starting her life as Elizabeth recalls, “Barbara was 20, she was starting to plan her 21st birthday…”

Pamela remembers her older sister fondly, “Barbara was more sensible and probably got stuck looking after us a lot more then she probably wanted… she was a great sister.”

Elizabeth recalls the last moments she saw her daughters alive, “It was a normal Saturday night. We were getting ready to go out... I put Kerrie to bed and read her a story and she was asleep...and I got ready then... I came down and Barbara had arrived, and herself and Mary Ellen were sitting here... I went out to meet Aidan and we went to the party.”

Elizabeth and Aidan returned around 3am to find their home in flames.

After hearing about the fire Pamela and the rest of the family quickly arrived at the house, “We just didn’t know where anyone was... We looked for them and couldn’t find them... then when the firemen got into the house, we were told they were here.

Elizabeth painfully recalls the impact the fire has had, “It’s just so hard to believe... that just in the blink of an eye that your whole life could be devastated... We lost everything... our family - our two girls, Barbara, our home.”

Elizabeth often wonders what life might have been like watching her daughters grow up “You go through the years. And even now their friends are all getting married... So we missed out on all of that...”

Pamela says what the family want now, 30 years later... ”We would find peace knowing what happened to them that night.”

She bravely appeals directly to those who started the fire “If the person responsible is watching... you’ve had 30 years walking around with this. I don’t know how anyone could walk around for 30 minutes with that on their conscience. They’ve had a life for the last 30 years. Barbara Mary Ellen and Kerrie haven’t. It’s time you came forward.”

Elizabeth says of the fire, “It was a horrible terrible time... it took away our life’s dreams.”

Gardaí are appealing directly to those who may know what happened that night.