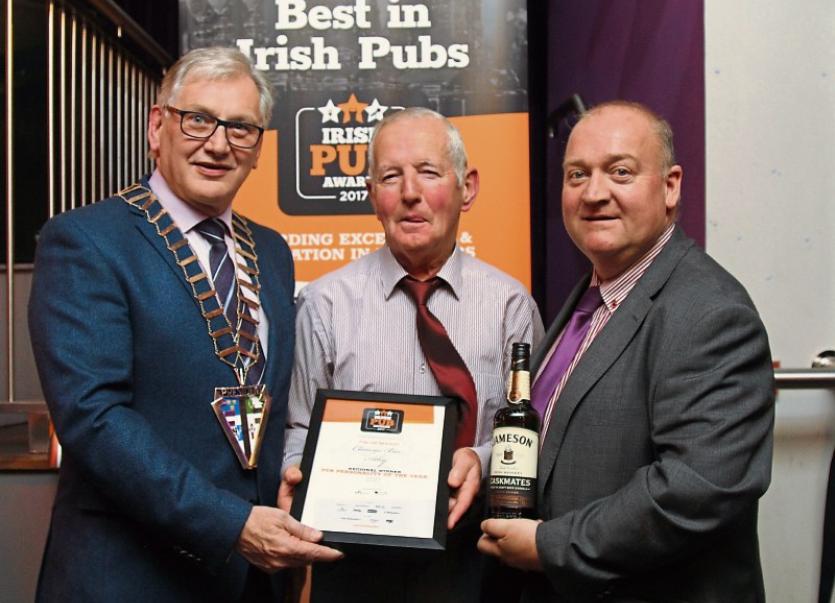 Cunninghams in Kildare town and Clancy’s in Athy will now go forward to the National Awards Ceremony on November 8 next.

Cunninghams was selected for Best Music Pub and Clancy’s for Pub Personality of the year.

The Irish Pub Awards are jointly presented by Vintners Federation of Ireland (VFI) and Licenced Vintners Association (LVA). A series of seven regional events are taking place around the country between 18 September and 4 October to announce 56 finalists through all categories.

The objective of the Awards programme is to recognise and reward excellence and innovation across various categories in the Irish Pub Industry. Entries closed on 30 June and judging took place during July and August. The awards were presented by President of VFI, Pat Crotty and the category sponsors

Speaking at the Awards Ceremony, President of VFI, Pat Crotty expressed his delight in how well the Awards are going. “Entries for the inaugural event surpassed expectations all around Ireland and the judges had a difficult decision to make to reach this final list”.

“The pub is a central part of our hospitality and tourism sectors as well as being a meeting place for locals. It is a major contributor to growth in our regional economies, so these awards will be an important vehicle to showcase the diversity that is available in the modern Irish pub and recognise the creativity and innovation that is already there”, he added.