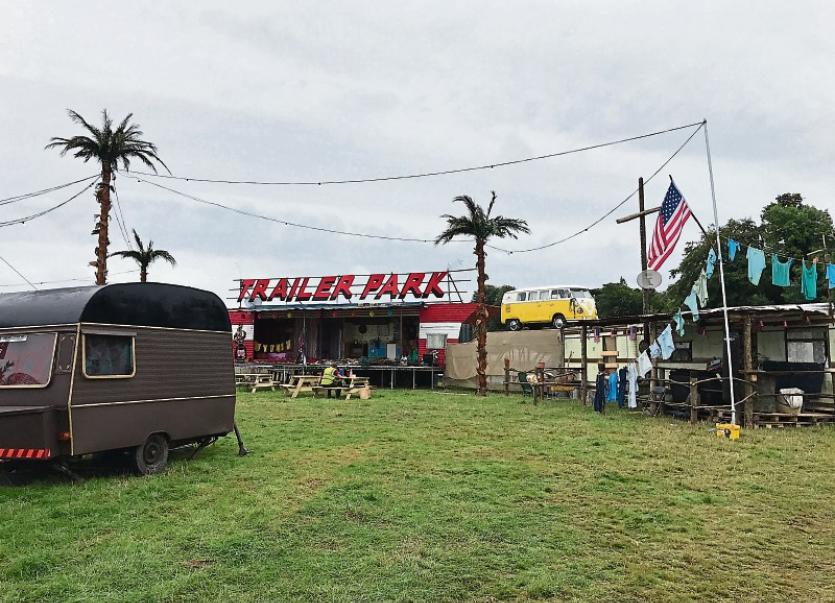 With just three days to go before this year’s Electric Picnic, the Leader got a sneak preview of what is in store for Kildare festival goers.

Besides Duran Duran, The XX, A Tribe Called Quest, Elbow and Chaka Khan, picnickers can enjoy a host of fun activities including a jaunt on the oldest steam train in Ireland as part of the Stradbally Woodland Railway. This was our introduction to EP 2017 which was a novel way to kick off proceedings and quaint to boot.

After that we were taken to everyone’s favourite haunt, The Salty Dog, which is ready and waiting this year with a new two storey structure for people to enjoy while catching some nice tunes from the deck of the Salty Dog stage. Malibu Mermaid Mairead impressed the crowd with her soft tones as we tucked into hot coffee and fresh doughnuts.

Not a bad way to spend the morning and did I mention we got to tear around the site on golf buggies -  one of these would really set up up for the weekend and I even got to drive.

A picnic first this year includes the new Red Bull Sounddome, complete with surround sounds, DJ vibes and 42 calibrated speakers, this promises a whole body sonic trip like no other. We got to sample the surrounds sounds not to mention the kinetic force of sub woofers from beneath your feet. I can vouch for the whole body sonic trip bit.

Music lovers will get to unleash their inner disco diva and own the dance floor at the Lip Sync Legends Showdown hosted by DJ Marcus O’Laoire. This looked like so much fun and I predict there will be endless hours of craic spent here.

Anyone for disco #EP2017 pic.twitter.com/M1KExRvo9R

At the main stage we were treated to a set from local band Chasing Abbey who performed two songs including their first hit ‘That Good Thing.’

Festival Director Melvin Benn took time out of his busy schedule to chat about all things EP including the good news that the festival has just signed on for another 10 years at Stradbally.