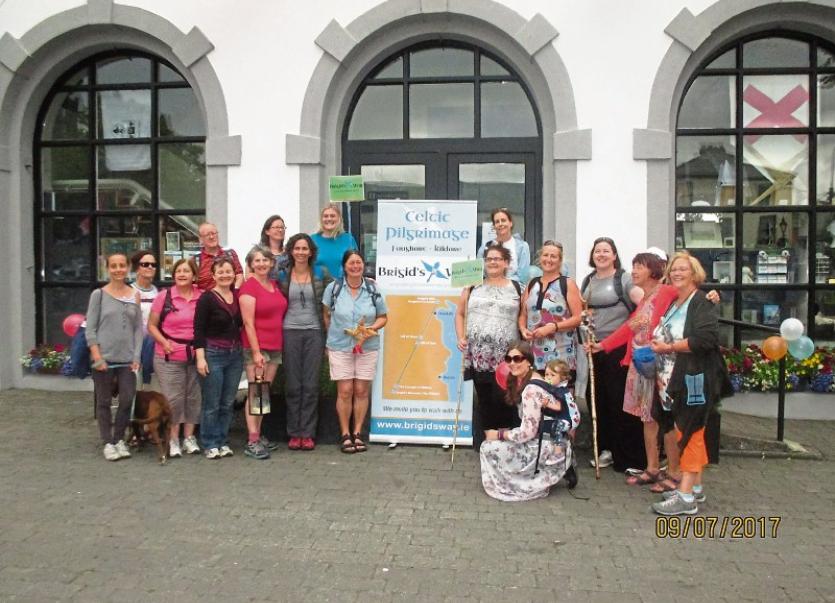 The group as they arrived in the square

The recent fifth St Brigids Way pilgrimage, which arrived into Kildare over a fortnight ago from its start in Louth, was described as wonderful  opportunity to participate in the revival of the ancient art of pilgrimage.

The nine day pilgrimage which first began back in 2013 is now part of the National Pilgrim Path Network.

Starting out from Faughart to Dundalk to Ardee on Friday June 30 it finished on Sunday, July 9 with pilgrims walking triumphantly into Kildare to bathe their worn out feet at the well.

Co founder with Karen Ward, Dolores Whelan said the nine-day walking pilgrimage to Kildare town, and to the site of Brigid’s monastery, was a way of “connecting two sacred places to Brigid, the ancient Goddess and Celtic Christian Saint while offering healing to the pilgrim along the way”.