WATCH: Kildare TD Sean Ó Fearghail gets a make over for charity

Good sport Ceann Comhairle gets a make over for charity 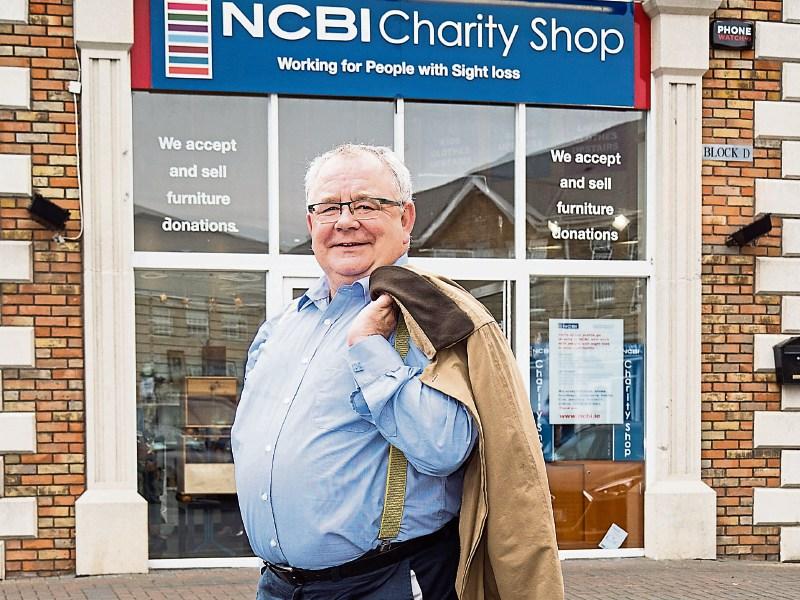 Kildare's Ceann Comhairle Sean O Fearghail showed what a good sport he is today by getting a charity shop make over to raise awareness of the services offered by the National Council for Blind of Ireland (NCBI).

The politician was decked out in a number of rig outs at the NCBI store in the Court Yard in Newbridge.

“I hate suits personally,” he told the Leader.

“In the morning I will tell my wife what my itinery is for the day and she usually will say I need to wear a suit. Given the choice I love to wear jeans or chinos.”

He likes a bit of colour however and explained that he usually add colour with his ties. His favourite is a hand painted abstract tie which was a present from America.

He was decked out in a number of outfits starting with a navy pin stripe suit and black shoes followed by a green Ralph Lauren t-shirt and jeans. He also sported a navy blue Ralph Lauren jersey and jeans.

First up was a much coveted Louis Copeland grey pinstriped jacket teamed with a green Ralph Lauren polo shirt and black shoes . The whole ensemble comes in at just €25, a steal considering Louis Copeland’s status as a top tailor.

Next up Sean cut a dash in a Ralph Lauren top, navy chinos, Collezione shirt , tie and black shoes Coming in at just €35 for the lot, Sean quipped that it is value like this that makes the NCBI shop a treasure trove for fashionistas. The most popular piece was the stunning Bugatti trench coat he sported which was a dashing nod to enduring style. He looked dapper in a Tommy Hilfiger crisp shirtwhich at just €8 was teamed perfectly with a bright yellow pair of yellow braces which at just €2 are a bargain hunters dream. Other labels that got a twirl included Carl Goss and Bugatti

The NCBI have eight shops in Kildare – two in Newbridge, and one in Kildare town, Athy, Naas, Clane, Celbridge and Maynooth. The national warehouse is situated in Toughers Business Park in Naas.

There are 1,870 blind and visually impaired people in County Kildare. NCBI is the national charity working for the rising number of people affected by sight loss in Ireland.

National Volunteer Manager Caroline Hamil who is an old friend of Sean’s said that fundraising is a vital part of the charity, to ensure that they can continue to offer essential services to people who are blind or vision impaired.

“I’ve known Sean for years and I’ve been on the canvass with him so he agreed to model for us today,” she said.

“The outfits are a real mix and match to relfect his style.”