Derelict site is a playground for children 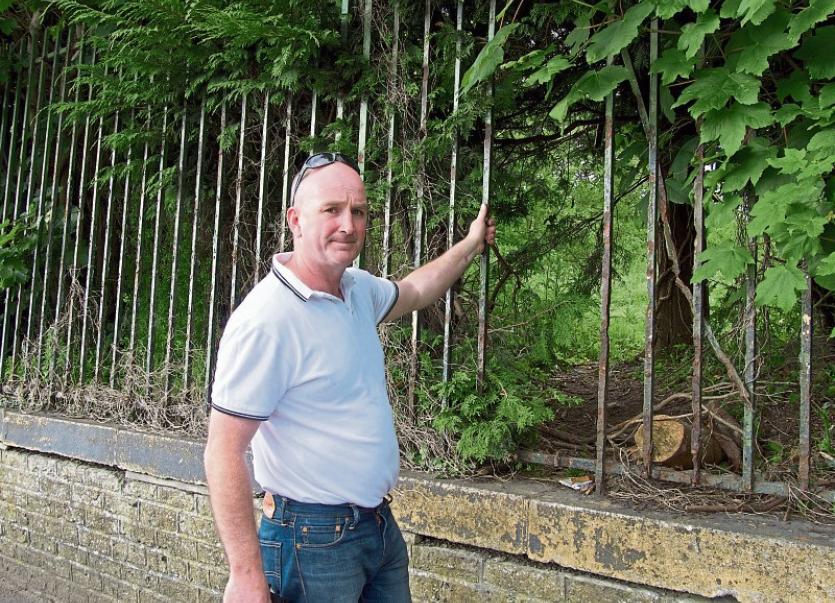 Declan Crowe showing how easy it is to enter the site

The council has been called on once more to provide safety measures at the derelict Magee Barracks site.

Local man Declan Crowe has highlighted areas of concern after a young man recently fell and broke his leg in the derelict site.

The site is not in the ownership of the council and has recently been sold by the Defence Forces to a private developer, however the council have some responsibility according to Crowe to maintain safety standards, while it is still lying derelict in the town.

“It's the same issues,” he said. “It is now a derelict site in private ownership but the kids are using it as a playground. It is not good enough. The kids are off school now and the next fall in there could be worse than a broken leg.”

Declan who is a member of the Kildare Town community committee said that a meeting was held with the council over saftey issues at the site back in 2015.

“Nothing has been done and this is still an issue,” he said.

“There are two or three access points into the site from the town. Our kids have to be protected because it is not safe in there. All the steel man lids holes have been stolen. They have 6ft drops - some of them would just catch your leg but in others your whole body could fall into them. KCC are the enforcers of site safety on derelicts sites in the county.”

In reponse to a query from the Leinster Leader Kildare County Council said that the Council has received a formal complaint regarding the site and the matter is being investigated by the Environment Section.