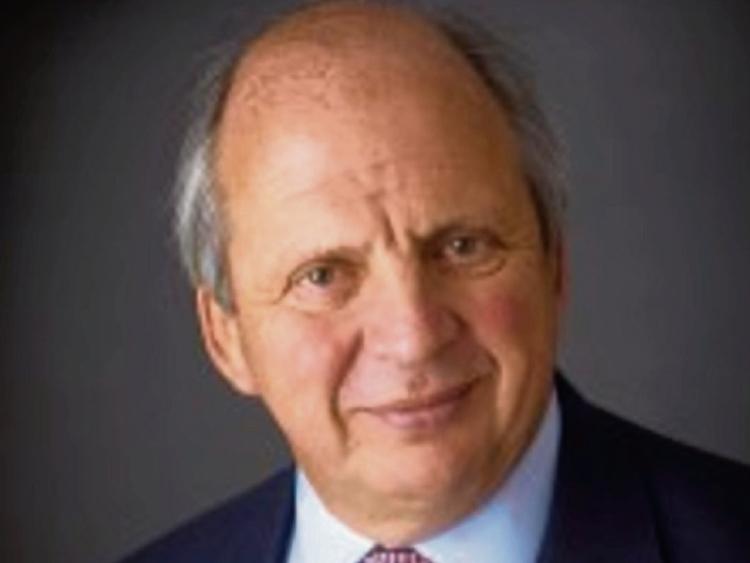 Jack and Jill’s Jonathan Irwin has a strong message for the government this week to stop vilifying worried parents and to list the manufacturers side effects with the HPV vaccine for young girls.

As a worried parent himself Jonathan  spoke to the Leinster Leader about the issue, after his daughter Molly has been dogged with ill health since she got the vaccine aged 13.

“My now 17-year-old daughter, who was so athletic before she had this vaccine, has been left bed-ridden, experiencing debilitating, chronic health issues as a result of this vaccine. That’s a fact,” he said.

The vacine is supposed to be a safeguard against cervical cancer. He insists that he is not anti-vacine but he claims parents were not given a full list of the possible side effects from the HSE.

“I want to send a message to the Minister for Health, as my daughter is one of those chronically ill as a result of Gardasil HPV vaccine,” he said.

The Jack and Jill founder added that he is not a member of or spokesperson for Regret but simply a concerned parent who ‘expects better’.

“I am doing this as a very concerned father who can’t sit back when our Minister for Health and our health service refuse to accept that there is a problem with Gardasil and try to shut down the voice of parents by labelling them alarmists.”

“As we connected our daughter’s health demise to the time of vaccination, it was deeply shocking to discover her symptoms were listed, in black and white, in the side effects section of the manufacturer patient information leaflet (PIL) which we never received.”

His fears are that his daughter, who is currently receiving treatment abroad, may never fully recover or go on to have children one day.

"We've got a daughter who may never recover," he said. "I want a review, I want all the girls affected to be given treatment. Why should we have to go abroad? It's outrageous. My child has lost her teenage years and she may never be able to have a baby. I am asking people to please read the pamphlet carefully. I am not anti-vaccines I think with proper testing and proper information but this is a very young vaccine and we don't know if it works yet."

He has asked the Minister for Health to explain why families are being denied informed consent in the withholding of the manufacturer PIL which lists adverse effects not listed on the HSE leaflet. And to put in place a proper investigation of those who have had an adverse reaction, an appropriate treatment and redress plan.

He is still waiting a response.

The side effects as listed by the HSE 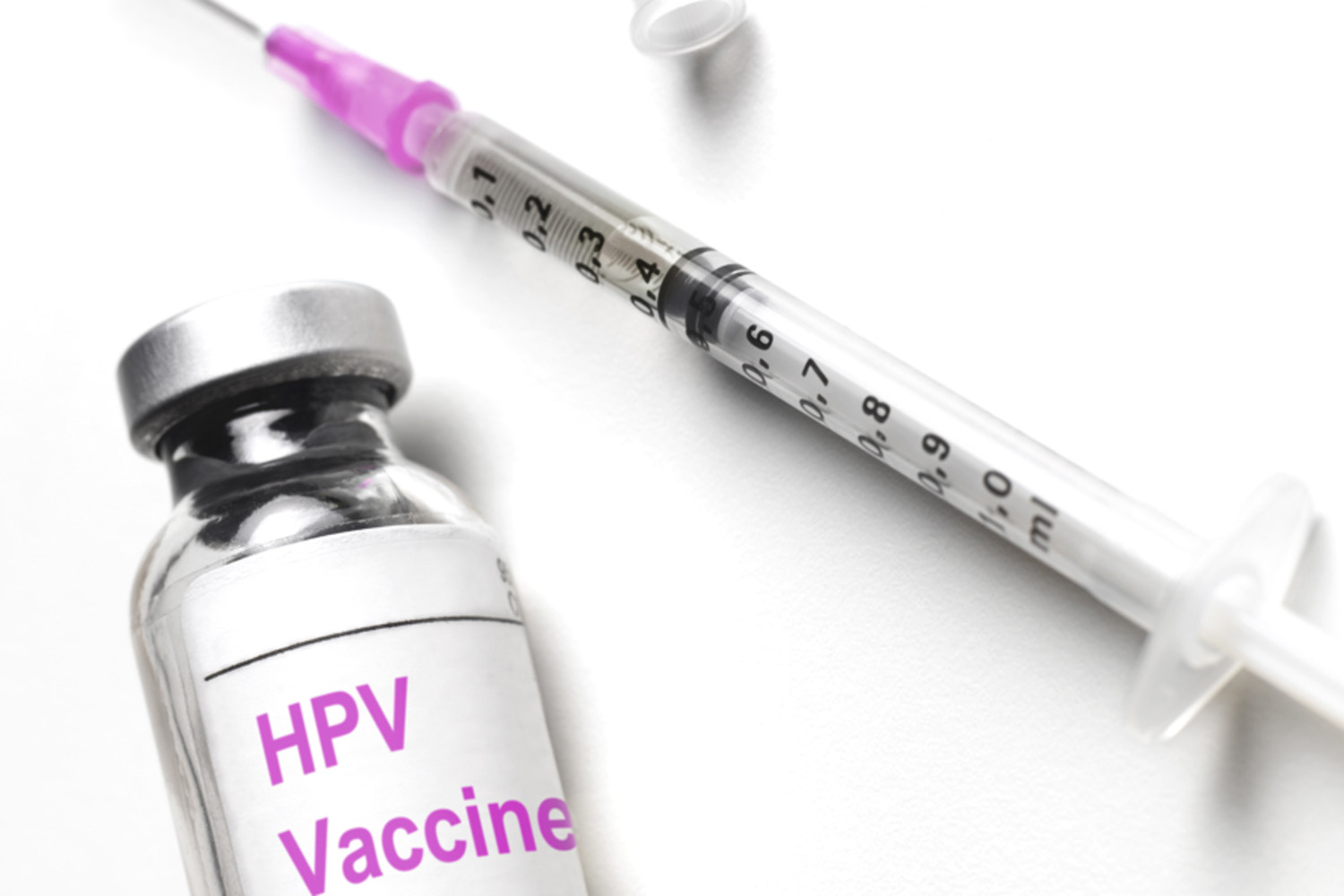 According to the HSE, the human papillomavirus (HPV) vaccine protects girls from developing cervical cancer when they are adults. Like most vaccines, severe allergic reactions are extremely rare, according to the HSE.

The HSE has offered the HPV vaccine to all girls in first year in second level schools since 2010 to protect them from cervical cancer in adulthood. HPV vaccine is offered to this age group because the response to the vaccine is best at this age.

The vaccine is recommended by the World Health Organisation, the International Federation of Obstetricians and Gynaecologists;  the National Immunisation Advisory Committee says that HPV vaccines have been shown to be very safe.

The HSE says that for more than 10 years the safety of the HPV vaccine has been strictly monitored and frequently reviewed by many international bodies including: the European Medicines Agency (EMA); the Global Advisory Committee on Vaccine Safety of the World Health Organization; and the Centers for Disease Control and Prevention in the US.

These international bodies have continually reported that the vaccine is safe with no known long-term side effects.

The vaccine can cause some short term side effects they say. These may include: pain, redness or swelling in the arm where the vaccine was given; headache; dizziness; nausea; and/or a mild fever.These can be treated with paracetamol or ibuprofen.Occasionally girls faint after getting an injection. The girls will be advised to sit down for 15 minutes after the vaccination. This helps prevent fainting. Rarer side effects include: wheezing (bronchospasm); or an itchy rash or hives.

In Ireland 660,000 doses of Gardasil® have been administered and more than 200,000 girls have been fully vaccinated against HPV.

Meanwhile the Department in response to a Leinster Leader query said that while no medicine (including vaccines) is entirely without risk, the safety profile of Gardasil has been continuously monitored since it was first authorised both nationally and at EU level.

"The Department is aware of claims of an association between HPV vaccination and a number of conditions experienced by a group of young women. An illness that occurs around the time a vaccine is given and is already known to be common in adolescence does not imply the vaccine caused the problem. It appears that some girls first suffered symptoms around the time they received the HPV vaccine, and understandably some parents have connected the vaccine to their daughter’s condition. It is important to reassure people that anyone who is suffering ill health is eligible to seek medical attention, and to access appropriate health and social care services, irrespective of the cause of their symptoms. The diverse nature of these symptoms, which can have both physical and psychological causes, are shared by many conditions which has implications for both diagnostic and treatment services. The individual nature of the needs of some children may require access to specialist services and the HSE are currently working to put in place clinical care pathways appropriate to the differing medical needs of this group. As there is no scientific evidence that the vaccine causes long term illnesses, the HPV vaccine cannot be held responsible for these illnesses. It is important to counter misinformation in relation to the safety of vaccines, and to increase the uptake rates of all vaccines in the State’s immunisation programmes. The scientific evidence is clear and misinformation is causing real harm to those unvaccinated children and adults who develop vaccine preventable diseases, and to people who seek inappropriate treatments for real conditions that are not caused by vaccines. The benefits of HPV vaccines outweigh the known side effects. The safety of these vaccines, as with all medicines, will continue to be carefully monitored and will take into account any future new evidence of side effects that becomes available."