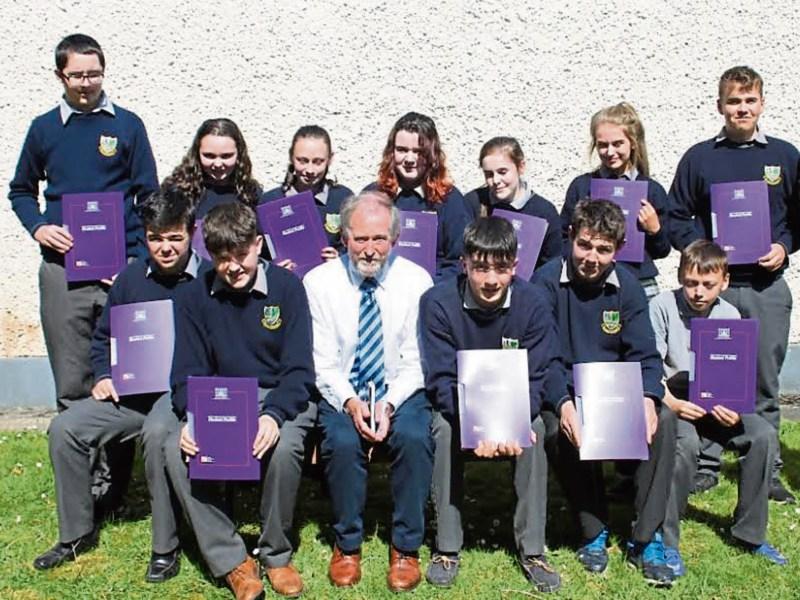 The students with their certificates

A group of 15 third year students were presented with their ‘Final Profile Awards’ at a presentation ceremony attended by teaching and managerial staff, parents and friends at St Paul's school on Wednesday 10 May 2017.

The final profile is a document which outlines the academic achievements of the students in the form of subject statements which they have been successful in achieving. The profile also contains a Certificate of Participation from the Department of Education and Skills, along with an individual school reference.

The celebration commenced with a photograph exhibition displaying the progress of the students since they commenced in the programme in September 2014. Programmes coordinator Paul Marron welcomed all to the celebration, including special guest Con Henry who was a teacher in the school for almost 40 years up until his retirement as principal in 2009.

Mary Mullally, Deputy Principal congratulated the students on their achievements to date and thanked parents, staff and management for their continuing support.