Ten killed in Kildare since 2010 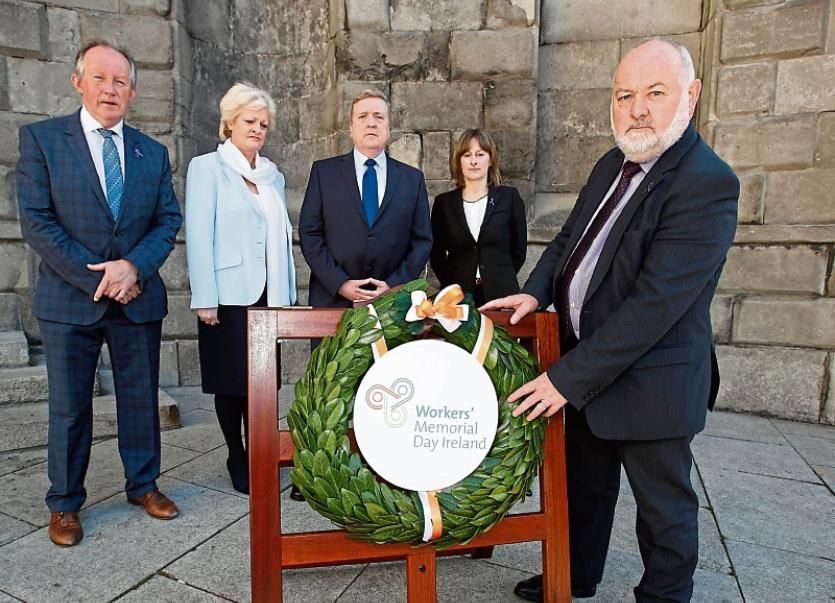 Workers’ Memorial Day, which takes place today, is the date every year when trade unions, employer groups and individual organisations worldwide remember people killed or injured in work related accidents. including three who were killed in Kildare in 2016.

The day is described as the national and annual commemorative event to remember people killed, injured and bereaved through workplace accidents.

This year’s ceremony was held at the Hugh Lane Gallery with Minister for Employment and Small Business Pat Breen T.D. representing the Government. Congress was represented by General Secretary Patricia King, the Construction Industry Federation by Director General Tom Parlon, Ibec by its Director of Employer Relations Maeve McElwee and the HSA by its Chief Executive Martin O’Halloran

In the 10 year period between 2007 and 2016, 520 people were killed in work-related accidents in Ireland and many thousands more badly injured. Since 2010 there were 10 killed in total in Kildare.