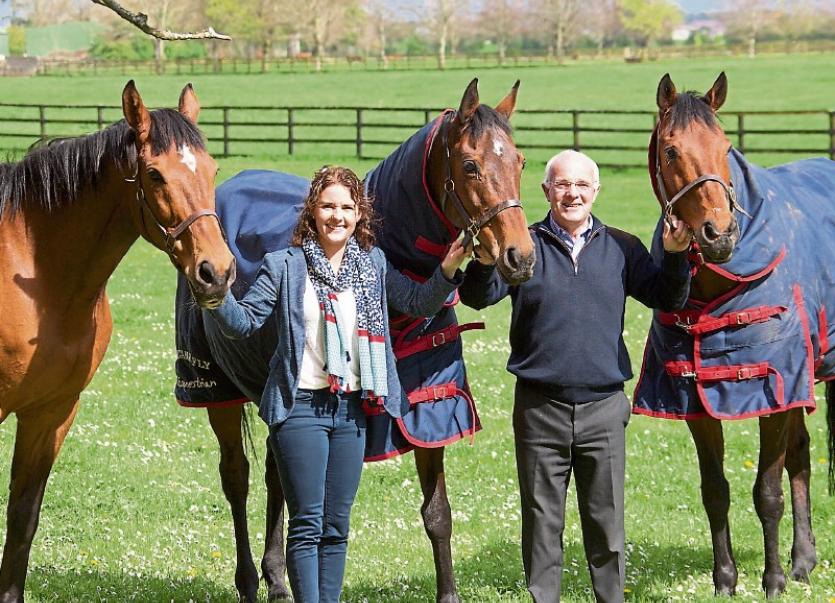 Katie Walsh, with her dad Ted, meet Racing Legends, Kicking King, Hurricane Fly, and Hardy Eustace, at the National Stud pictured at the launch to announce details of the 2017 Thoroughbred Run

The launch took place today at the Irish National Stud of this year’s Thoroughbred Run in Kildare town on June 18 next.

The event is being promoted as an ideal opportunity to celebrate Father's Day by either walking or running one of the events with family members. In addition to event, Kildare town will have a Taste of Kildare afterwards in Market Square.

A special medal for the event, sponsored by Kildare Village, has been designed, which acknowledges the Derby Winner, Orby, winner of both the Irish and English Derby in 1917.

The roues this year will be slightly tweaked, but much improved, and this years' charity which will be announced soon.

“We are growing every year and the 2017 event will include a marathon which see’s us host a four race card in 2017,” said organisers.

“That’s a marathon, half marathon, 10k and 5k. As you have come to expect, all four races will pass through the Irish National Stud with the marathon and half taking in many more stud farms in the area which are synonymous with Irish horse racing and our brand "The Thoroughbred.”

The 2016 Thoroughbred Race raised a whopping €5,000 for it's chosen charity The Peter McVerry Trust.

The popular run is only in it’s third year but is expected to attract great interest.