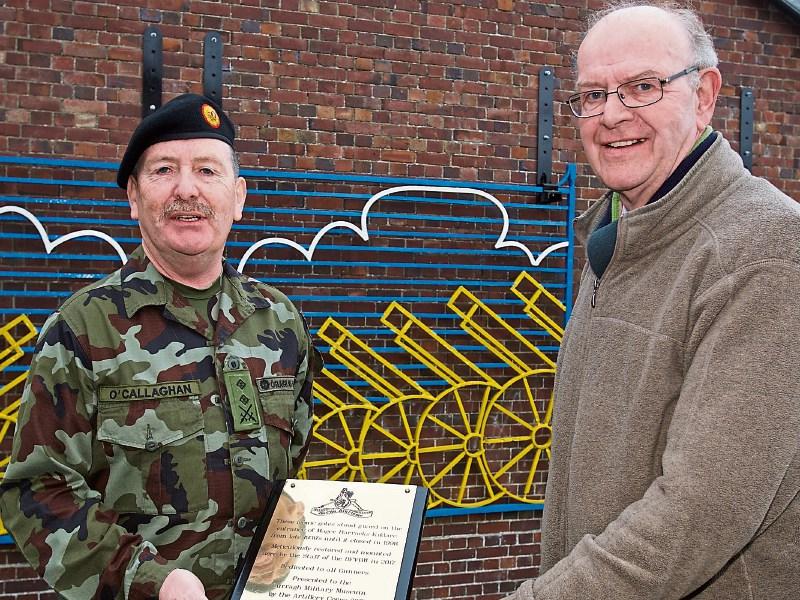 The  official unveiling of the gates from the former Magee Barracks' took place at the Curragh Military Museum on Thursday.

The plaque to mark the gates  dedicated to all  Gunners  reads 'these iconic gates stood guard on the entrance to Magee Barracks from the late 1930's until it closed in 1998.

Senior Gunner Col Tom O'Callaghan who spoke at the unveiling said the guns depicted in the gates are depict 22 guns sitting under clouds  of  smoke from gun fire and guarded the entrance to Magee Barracks for over 50 years.

“It is significant that these gates now hang on the wall of the Museum,” he said adding that “if the gates can no longer guard Magee Barracks then there is no better place for them to hang as their final resting place.”

A poem was read aloud called Gunner Magee in Irish by Liam O'Keefe to mark the occasion.

See next week's Leader for the full story on the Kildare town page.