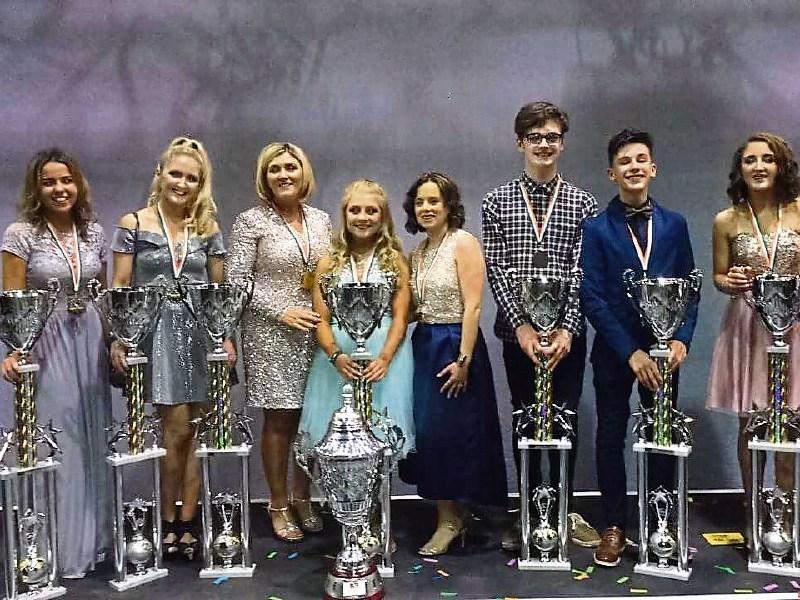 “We are absolutely thrilled. It was such achievement,” said Paula Conlan from the Stage Academy school.

“It was such a brilliant weekend. It was a great atmosphere and a lot of the parents came down as well to cheer us on.”

The Newbridge Stage Academy is the only stage school to win the All Ireland title three times.

Speaking to the Leader on their way back from Cork yesterday morning, Paula said the competition was a showcase for Irish talent and she was so proud of all her students.

The Stage Academy also won Best group dance for a scene from The Lost Boys, choreographed by Niamh Conlan.

The Newbridge contingent won the Group Singing title for a scene out of Can’t Help Falling in Love directed by Katie Conlon.