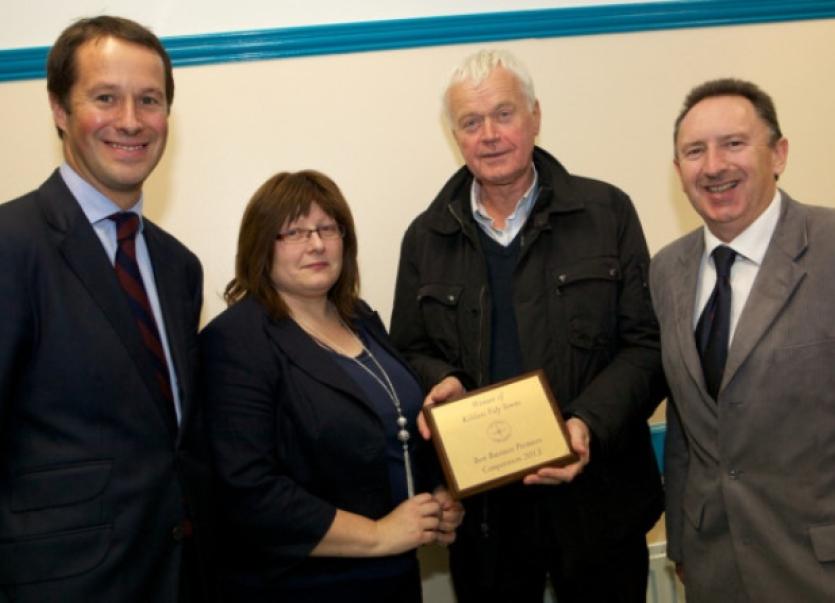 The awards were held on Tuesday October 22 at Aras Bhride, Kildare town.

All proprietors of business premises in the town were invited to attend this event which was addressed by Joe Boland, Director of Services Kildare County Council and Tom McCutchen, from the Kildare Heritage Centre.

“By hosting this event Kildare Tidy Towns committee wish to recognise and reward the contribution local businesses have made towards the Tidy Towns effort in 2013,” explained Brendan Guilfoyle from the local committee.

He explained there was a an overall winner, and a prize for the business which showed the greatest improvement. There were 18 certificates of recognition given out in total.

“It wasn’t just about putting up a few flowers, it was about making an effort, putting on a bit of paint, cleaning the place up - anything the businesses did to improve the shop front.,” he added.

It is an exciting time for Kildare Town Tidy Towns. They are bringing out a calender in early November. This nostalgic calander will feature old photographs from the town which are bound to bring back memories. It will be on sale for €10 and will be available from the Heritage Centre and many other local shops.

It’s been a busy year for the committee who have worked hard on improving the town. Brendan is delighted they have attracted new members on board and the committee have lots of plans in the pipeline. Gaining seven marks on this last years Tidy Towns total, the committee are working extremely hard.