The triumphs and disasters of Naas fashion in the 80s 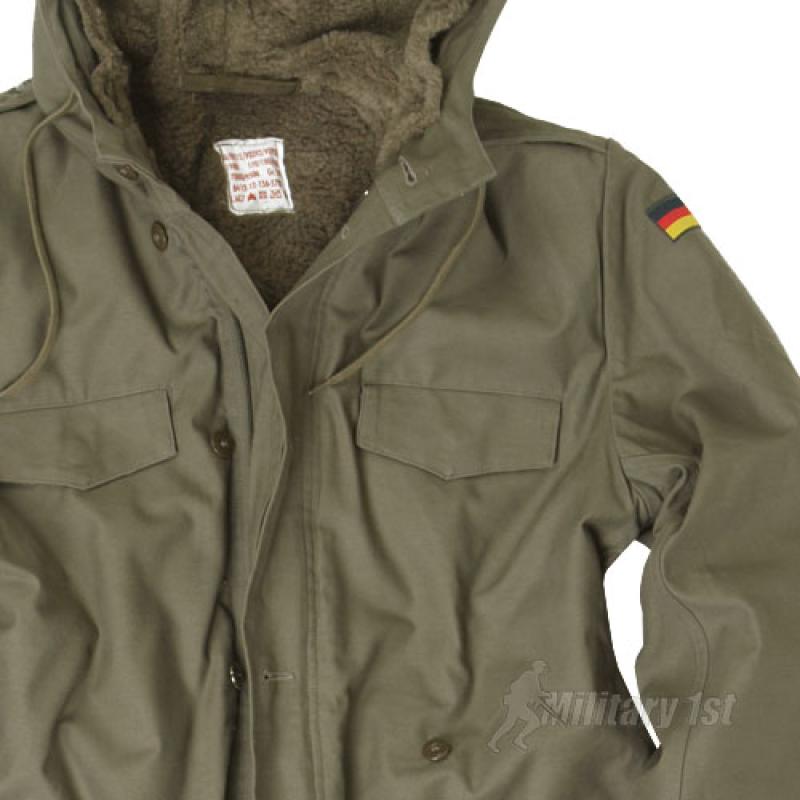 Parka with a German flag on the sleeve: standard issue jacket to all Naas teenagers in the 80s

Naas was awash with German Army wear in the late 1980s and early 90s.

Army Bargains on Dublin’s Mary’s Street imported Parka jackets by the battalion load which quickly made their way to Naas.

So the coat with the German flag on the shoulder coloured the town snooker-table green for the entire school term.

The girls in St Mary’s hemmed their skirts high above the knee but the Parka headed south towards a pair of eight-hole Dr Marten boots.

It was a look that travelled fast down the duel carriageway from Peggy’s at the back of the ILAC Centre.

In Naas, though, the local fashion landscape was coloured by far fewer stores, strange trends, bulk imports from the Far East and shops like Q&M Casuals were left to dress a generation from the town.

It was a lack of consumer choice people in Cuba might identify with.

Q&M sold school clothes, too, but you never expected all this uniformity to stretch to weekend wear.

And it always felt there was a hustle going down that you could do nothing about. So many times I got talked into buying something I didn’t want, or left feeling guilty with yet another pair of socks.

The consumer logic of investing in a ‘good’ car or a ‘good’ pair of shoes made perfect sense. But being sold a ‘good’ t-shirt didn’t quite have the same ring, even though I’d always leave the shop with it.

And footwear was always a big thing.

I remember a neighbor arriving back from New York wearing a pair of runner boots from Macy’s in Manhattan.

I recognized the shade of white from grainy re-runs of Neil Armstrong climbing down a ladder onto the moon.

It was a look Cahill Sports in the Caspo Centre caught up with - the boots not the space suit. And soon they were selling the same colour with a style tip to wear the tongue out.

Later, bands like NWA and basketball stars like Michael Jordan changed the shade from white to black and air got pumped into the sole.

Spin a baseball hat backwards on your head and South Main Street could have been South Compton.

It’s a look I still see occasionally on the road from Robertstown to Derrinturn.

The fashion mood always darkened in the winter and it felt like Johnny Cash was buying bulk for Penny’s beside Quinnsworth. Everything was coloured black. Everything. All you needed was a balaclava to complete the cartoon criminal look and you could pick one of those up on your annual trip to Army Bargains. Penny’s provided a platform for fashion fads like Fish Tail shirts at affordable prices. And the only credible explanation for this fashion disaster was that you liked The Cure who were then popular.

I never heard any of their tunes pumping from the Denim Depot but I sometimes had to check my step to make sure I hadn’t wandered into Top Twenty next door.

Base heavy techno sent shockwaves out onto the street and the assistants were always dressed for work the way most girls we knew dressed for Saturday night. They always looked better than the clothes too and were, admittedly, the best reason for going in there in the first place.

Then they closed and Carla from Kilcullen went out to Australia, I think.

The counter to this was Paddy Coleman’s and Richie Whelan’s who catered for the older buyer. They were the Tommy Fletcher’s of the local fashion scene and their currency was chords, wax jackets and pale stone-washed Wranglers, baggy around the ankle as well as the arse.

Not that fit mattered so much back in the '80s - you’d see feic all underneath those green Parka jackets.