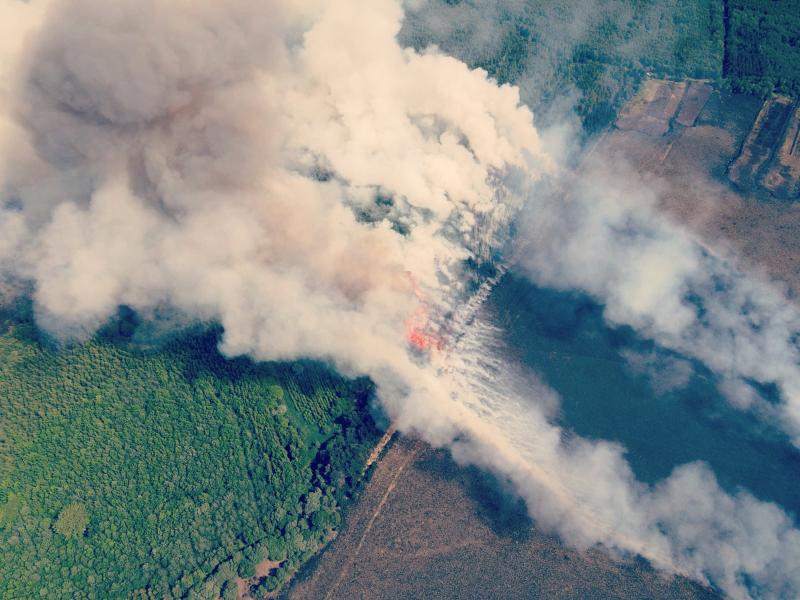 Hundreds of hectares in a forest at Co Kildare is at risk as a gorse fire is being battled by bog workers, Coillte and fire services.

A helicopter along with about 20 fire service personnel are at the scene of a fire near Donadea, following from another fire, just 24 hours before.

Naas Fire Services and Maynooth Fire Servics are battling the fires at Hortland Wood, at Derryvarogue.

The latest fires to hit Co Kildare is sparking appeals by a Superintendent for the public to take care as the lives of wildlife, particularly grouse, who are now in nesting season are at risk.

Superintendent Martin Walker, says that a recent spate of fires in the county, along with West Wicklow, are of concern. He says that Newbridge Fire Services have been called to a number of fires at The Curragh over the past three months.

He said: “Somebody is setting the fires, I don't know what is causing them. There are more now than usual in my tenure, over the past five years.”

Although forest fires are typical for this time of the year, due to the unusually dry weather, there has been more call outs to the fire services. There are concerns that the rain on Saturday will not be adequate to dispel the fires that are worsening due to the particularly recent spate of dry weather.

Supt Walker said: “It is illegal to burn vegetation under the Wildlife Act. Every year there are forest fires, and it is common enough when there is unusually dry weather, but there are more calls out to fires this year. It is potentially dangerous for people in houses near these fires.”

He is urging people who are out walking in parks or forests to ensure that they are careful to quench cigarettes and barbeques properly.