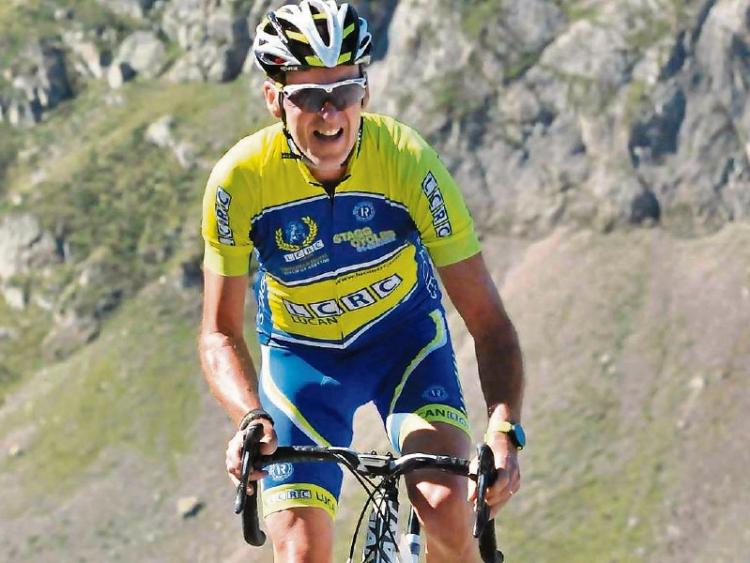 A Donadea man has made an appeal for any information that would identify the driver of the car which hit him as he was cycling home from work last Thursday evening.

Michael Kiernan works in Intel and commutes daily by bike to Leixlip. Last Thursday at approximately 5.45pm he was on his way out of Kilcock on the R148 road to Enfield when a car struck him from behind.

He told the Leinster Leader that a number of cars had passed him safely at the time, but that “this car came out of nowhere”.

The incident occured approximately 300 metres from the turn onto that road, and about the same before he was due to turn left for Newtown.

He said he didn't know a thing about the car until he “I had landed on my arse”.

At the time he was cycling in a hard shoulder, in an area which is lit up by street lights.

Between the lights on his bike and multiple reflectors all over his clothing and his bike, he was “lit up like a Christmas tree”.

He said he had “top of the range lights” and even had spares.

Mr Kiernan was attended to very quickly by two medics — one who was off duty and one on call, who came upon the scene.

“I can't speak highly enough of them,” he said.

He was taken to James Connolly Memorial Hospital in Blanchardstown with a number of injuries, the most serious of which was a broken sacrum.

He also has lost a lot of skin and generally has lots of brusing and grazing. “I'm lucky not to have suffered any nerve damage,” he added.

He was in hospital for 20 hours and will be out of action for the next six months.

However the car which hit him did not stop. The wing mirror was knocked off in the incident and it has been identified as belonging to either a grey Opel Insignia or something similar.

On Monday Mr Kiernan made a statement to Gardai who are set to investigate.

Anybody who saw a car matching that description, with a missing left wing mirror in the north Kildare area is asked to contact Gardaí. “Garda Daniel Lyons is dealing with this case,” Mr Kiernan said.

His bike, a Dolan Prefisio, came out of the encounter surprisingly unscathed. The rear derailleur was shorn off and the saddle was bent forward, but he said the frame appears unscathed.