Kildare firm involved in works at famous 1916 site in Dublin 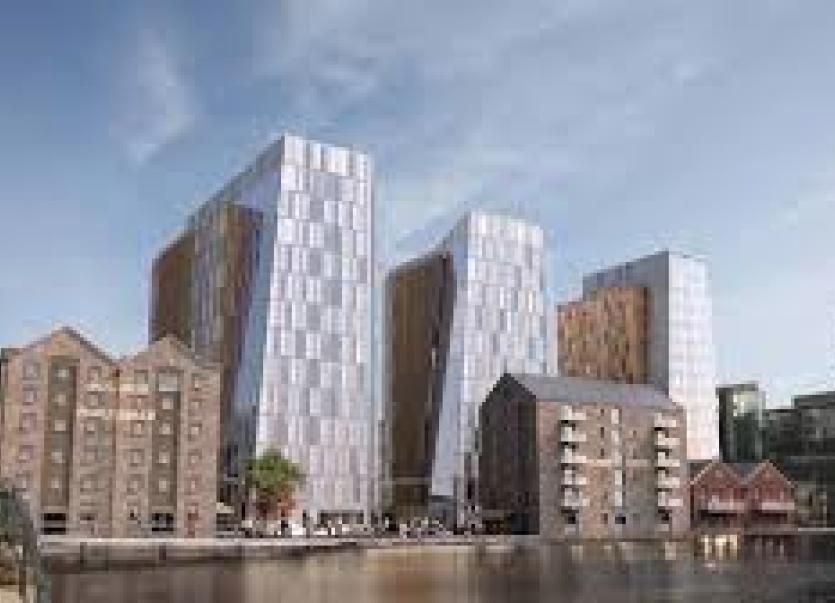 A Co Kildare building firm is working on the redevelopment of Boland’s Mills — one of the biggest projects in the state.

BAM Contractors Ltd, based in Kill, have recently recommenced work on the site following the Covid-19 restrictions.

Boland’s Mills had a prominent part in the 1916 Rising as Eamon DeValera commanded his forces from the building.

The overall development of the site will rise to 14 storeys on a site spanning 10.5 hectares and is due to be completed next year.

Google will use the office space itself and will use a letting agent to rent the commercial and residential properties.

The development will also include a new pedestrian bridge and two new civic plazas with water frontage to Grand Canal Dock.

Boland’s Quay will accommodate up to 2,500 workers when complete.

The Boland’s Quay site received planning permission in July 2015 and, since then, NAMA has provided funding for demolition and enabling works.

Two years ago the site was purchased by Google, which has its European headquarters nearby.

One of the country’s top building contractors, Dutch-owned BAM Ireland is currently building offices, homes, a hotel and shops in a joint venture with Clarendon Properties in Cork city.

The company is also involved in the National Children’s Hospital in Dublin and on a new microchip factory at tech giant Intel’s complex in Leixlip, Co Kildare.

Plans to build multi-storey office buildings and a boutique hotel on the site were rejected in 2006 on the grounds they would be out of scale with the area.

Forces commanded by DeValera in Boland’s Mills covered the southeastern approaches to the city during the Rising. After the rebels surrendered, De Valera was court-martialled, convicted, and sentenced to death, but the sentence was immediately commuted to a life sentence.

During the commemoration of the centenary of the Easter Rising in 2016, a remembrance service was held and wreaths were laid at the site.