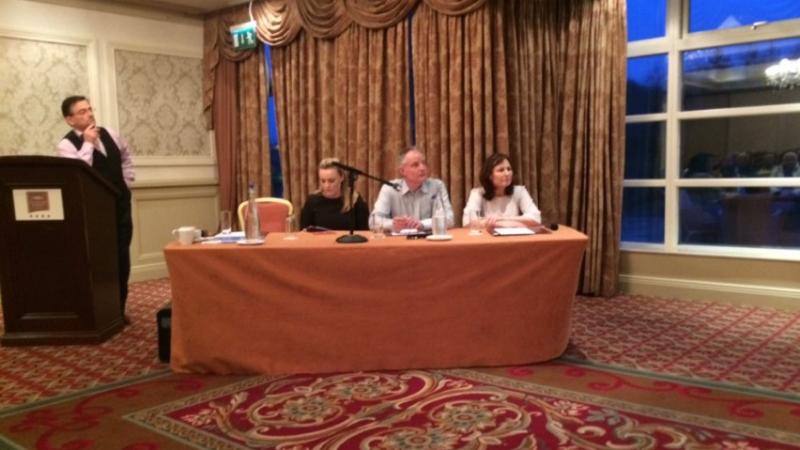 The panel at the meeting tonight

There has been a massive turnout at the anti-rates hikes meeting in the Clanard Court Hotel, Athy, this evening.

The meeting was organised by local businesswoman Marcella O'Reilly of Buy Design, in response to the demand for increased rates that has hit many Kildare businesses over the past few weeks.

Cheltenham Gold Cup-winning horse trainer Jessica Harrington, whose yard is at Moone, says that with the new rate valuations, she has a €41,000 rateable value on sheds alone.

Jessica Harrington says with the new rates she will be charged 41k on rates for her sheds alone #rates pic.twitter.com/gBOGmexoyU

Paddy Brereton of the Vintners Association said the rates hike is the final nail in the coffin for some businesses.

€58m was collected in rates by Kildare County Council last year and 2% of rate payers pay 55% of rates in Kildare, the meeting heard.

A Rates Action Committee has been set up following the meeting.