Nando's set to open in Newbridge next week 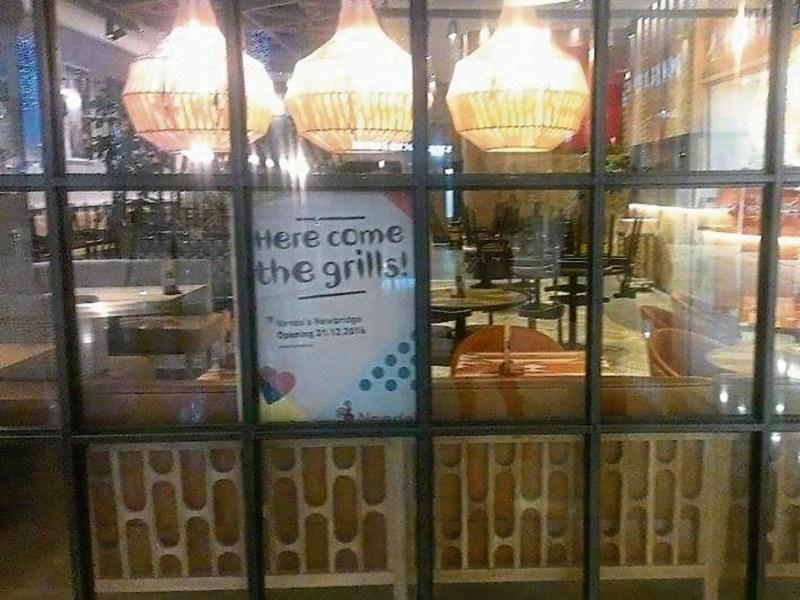 The site of the new Nando's restaurant in Newbridge

Nando’s is set to open its doors in Newbridge next Wednesday.

The chicken restaurant chain is currently finishing the fit-out of its unit in Whitewater Shopping Centre, which is located upstairs, beside Debenhams.

A sign in its window announces ‘Here Come The Grills’, and says the popular eaterie will open its doors next Wednesday, December 21.

Plans have been in the offing for the opening of a Newbridge Nando’s for well over a year.

Nando’s will be the second large food chain to open in Whitewater in recent months.

Salad company Chopped opened a branch in the shopping centre food court at the end of November.