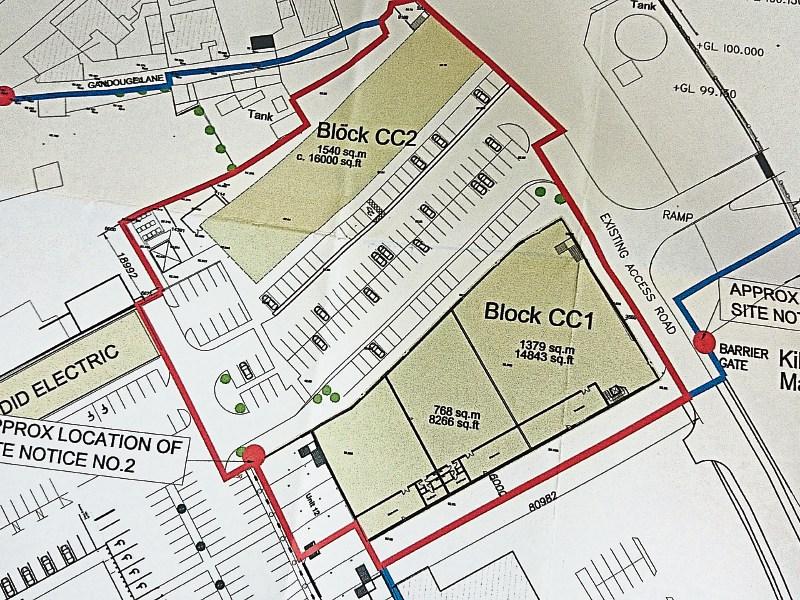 Boundary changes for a discount store site in the heart of Newbridge have been approved by Kildare County Council.

Curtmount Ltd, which is owned by the Treacys, has major plans for the area encompassing Newbridge Retail Park backing onto the courtyard shopping centre.

The company was recently given the go ahead to make minor changes to the site at Edward Street/Gandogue Lane.

The site backs onto Newbridge Retail Park, and a petrol station. There is also a large vacant brownfield site to the east, which adjoins the multi-story car park at Whitewater Shopping Centre and Lidl. Permission was granted by Kildare County Council with conditions addressing landscaping and boundary treatments.

In a separate application, Curtmount Properties Ltd has been given the go ahead to demolish units 10 and 11 at the Retail Park to facilitate access to the area behind Lidl for the construction of three units in a block comprising retail space.

The project also includes modifications to unit 12 as well as the provision of carparking and landscaping.

The directors of Curtmount are listed as Thomas and Sean Tracey.

As a condition of that planning permission Kildare County Council ordered the developers pay out €1.79 million to the local authority in development levies.

The council said the levy was determined due to a shortfall of 358 car parking spaces at a rate of €5,000 per space.

Curtmount has since appealed the development levy figure to An Bord Pleanála. The matter is still being considered by the board.