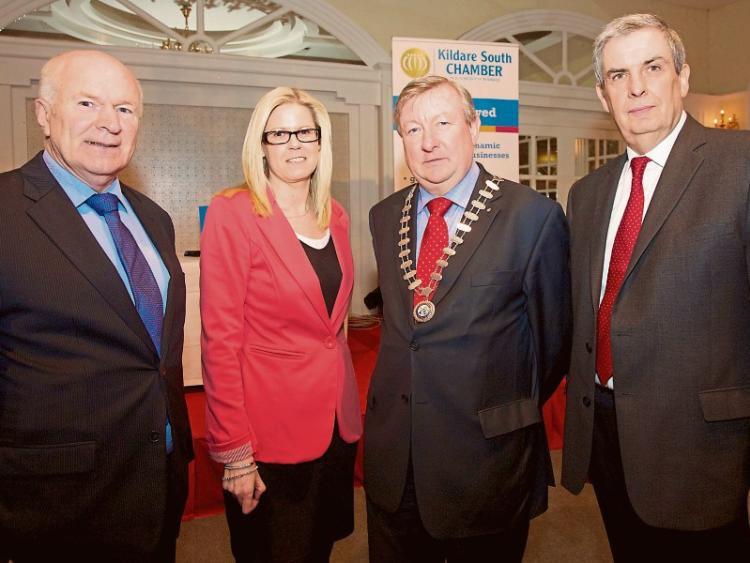 A new voice for businesses has emerged with the restructuring of Newbridge Chamber to form the South Kildare Chamber.

The new body was launched at the Kildare House Hotel on Tuesday February 23. Chamber president Sean Dunne said originally the aim had been to have a united chamber for the entire county, but talks with North Kildare Chamber had broken down.

“We still have a dream that one day we will have a one county chamber,” he said.

Until then, he stressed the new chamber would represent businesses from Newbridge, Athy, Kildare town and towns across the south of the county.

The new website was also launched by Paul Hughes. Anna May McHugh said many towns were suffering including Athy with businesses closing.

“We have got to work hard for the future,” she said.

CEO George Kennedy responded; “I can guarantee that I will do my utmost to get Athy moving again.”

He said he had been asked if the Chamber was “a talking shop”.

“As long as I am involved in the organisation, that is never going to happen,” he added.

It's aim is to support ongoing growth and assist development through relevant networking, service provision, and representation.