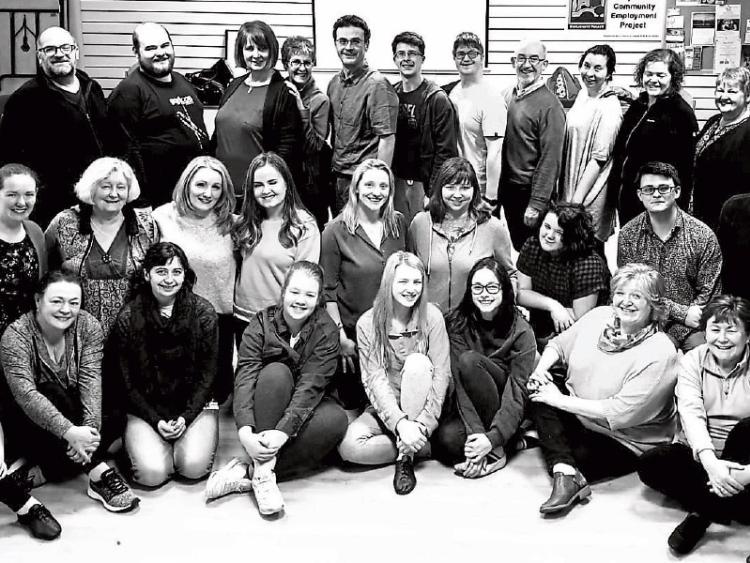 Some of An Nuadha's Twisted cast

A Kildare drama group will celebrate its twentieth anniversary this year, with a twist.

An Nuadha Players, a local community drama group based in Maynooth, is putting on a production to celebrate its 20th birth year.

It has commissioned an original comedy musical to be staged in May. It will stage, Twisted! A wicked fairy tale, from May 8-11 in the Aula Maxima, St. Patrick's College, Maynooth.

Chairperson, Amy Douglas said: “As our group are renowned for our annual Christmas panto, we are putting on a twist to this “he's behind you” classic aimed more at an adult audience than children, that is more of a wicked tale than a fairytale.”

The show  is the brainchild of long-term member Caitríona Higgins, from Longwood, who will direct with Colin Sloan as musical director, and Meadhbh Fitzgibbon-Moore as choreographer.

The show has been scripted by Martin Higgins (Caitríona’s dad), from Longwood, who has been writing professionally for the stage for almost 30 years and for An Nuadha since 1999.

He has written pantomimes for the Gaiety and Everyman Palace Theatres and  is a long-time associate of comedian, June Rodgers. He has been associated with a huge range of theatre, TV and radio projects over the years.

The drama revolves around a plot where he summer fails to arrive. “Imagine what would happen if somebody stole the grand stretch in the evenings.  Conversation as we know it, would cease,” is how Amy described it.

The story will circle around Crom O’Boo, the king of darkness who must be stopped in his plan to upset the order of the seasons, just for the craic like.