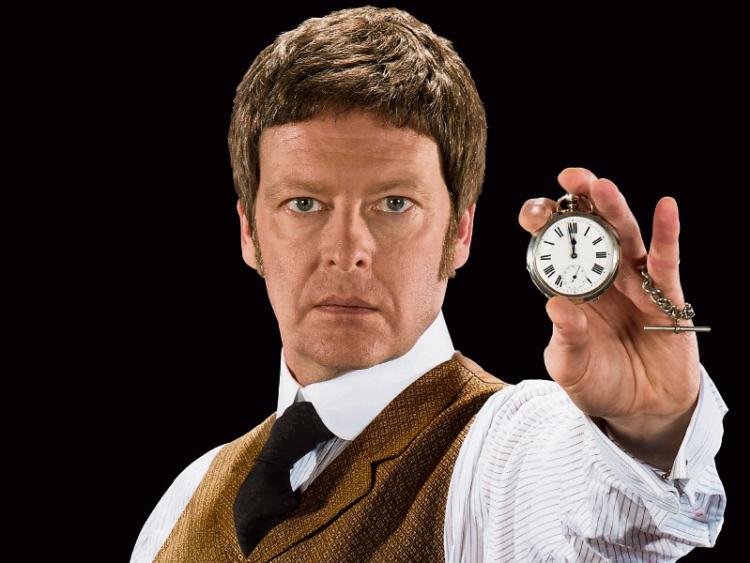 From the creators of Austen's Women, Jane Eyre: An Autobiography , Dalloway, The Unremarkable Death of Marilyn Monroe, Female Gothic, I ,Elizabeth, The Diaries of Adam and Eve and Christmas Gothic, comes this stage adaptation of HG Well's classic novel.

The play is written and directed by Elton Townend Jones, performed by Stephen Cunningham and produced by Rebecca Vaughan.

In this age of uncertainty, where the shadows of tyranny, intolerance and war darken the path into tomorrow , how much time do we have left?

If civilisation falls today what will become of us?

In Dyad Productions topical and incisive re-invention of HG Wells' classic , a Victorian time traveller transcends across the ages from 1900 to our own far future — from the fall of man to the end of the world — discovering the fate of our endeavours and uncovering our darkest fears.

Can we change the future?Or has the end already begun?

This play is a philosophical journey, a nightmare adventure, a cautionary tale — this is the story of us all.

Early career highlights include: directing and acting in professional tours of Godber and Shakespeare (in roles such as ‘Puck’ and ‘Friar Lawrence’) and the short film Dear Eve… (2001). He also played ‘Salieri’ in The Cockpit’s Amadeus, and wrote Cutting the Cord for Flying Eye (BAC, 2009).

Producer Rebecca Vaughan, trained at ALRA following a degree in English Literature at Cardiff University. Film and television work includes Grace's Land (Fearnort Films), The Interview (BBC), The Dead (Channel 4), and an array of short films, as well as her previous work with Dyad Productions.

Actor Stephen Cunningham brings the story to life in an outstanding solo performance over 90 minutes.

Described as a "Dr Who for grown-ups" , Cunninghams natural story telling and impressive acting abilities pulls the audience into his world and keeps them there.

With emphasis also placed on new writing and radical interpretations of existing text, Dyad builds new narrative paradigms that secure the emotional and intellectual engagement between audience and performer.

Tickets for the show are available at www.riverbank.ie.