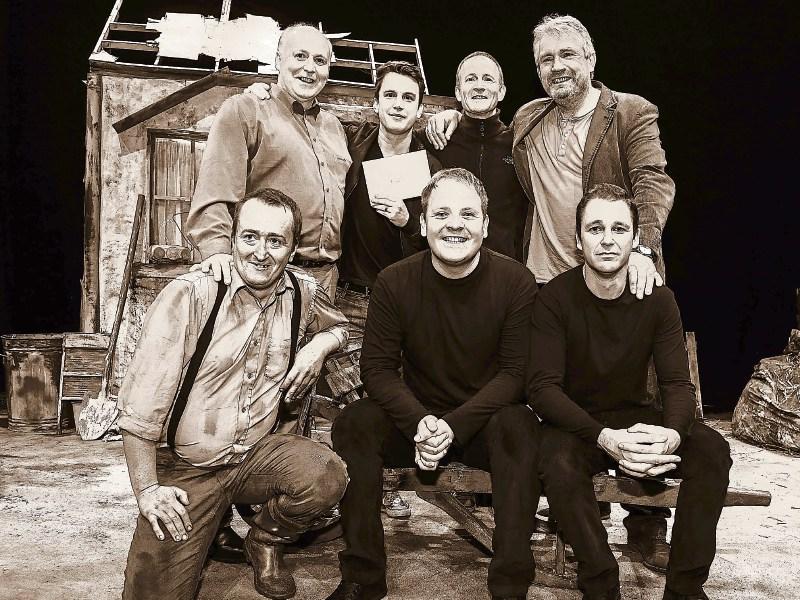 Would you like to see the best set and presentation in Ireland? This is your very last chance.

Victor’s Dung, the short play produced by the Moat Club, was awarded the gong for best set and presentation at the prestigious all-Ireland one-act drama finals in December.

The club will stage the show for one last time on Friday, January 19, at 8pm in the Moat Theatre before breaking up the winning set forever.

The tragi-comic story of curmudgeonly farmer Victor McGuire represented the Moat Club in amateur drama’s most prestigious competition for short plays, having swept the boards at five qualifying drama festivals.

Director Padraic Doyle and his cast were delighted to come away with the adjudicator’s award for best presentation at the festival.

“It means a lot to me that all the people who worked so hard behind the scenes were recognised with this award,” said Padraic.

“Katie O’Connell designed and helped to build the set. We needed something that was not quite real because there are flashbacks in the show, and some wacky scenes from Victor’s imagination.

“The dung heap in particular was a major challenge. The set for a festival play must be capable of being put in place in just ten minutes and taken down after the performance in five minutes. To design such an elaborate set that was also highly portable was a real feat. ”

Presentation also includes sound and lighting as well as costume.

The lighting effects, which were designed by Jill Higgins, and the sound effects, designed by Paul O’Brien, were highly praised in every competition.

Jill also operated lights and sound for every show. Costumes were customised by the cast with the help of Doreen Ryan, Angela Doyle and Katie O’Connell.

The play is a sad story wrapped up in a barrel of laughs. Victor’s Dung tells of an isolated, cantankerous, Westmeath farmer whose war with the world is interrupted by a phone call from the hospital.

Whilst Victor questions his existence and his God, we are treated to his memories, fantasies, poetry and despair.

Among the many characters from Victor’s life whom we meet, love shines through in the form of his deceased wife Josie, his dog, his rooster, and his good friend Fr Johnny.

Victor’s Dung was a huge hit with audiences at the Moat, selling out many times. Don’t delay in getting your ticket. Victor McGuire will definitely be leaving the building after the show on January 19.