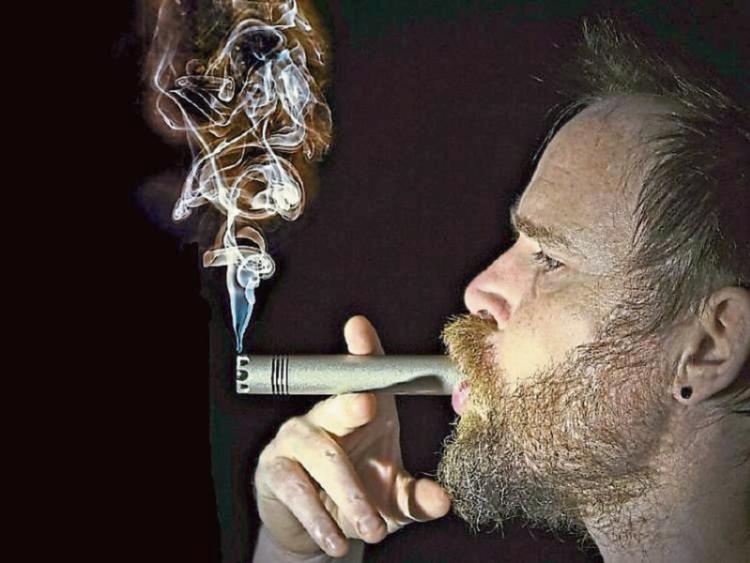 At the beginning of 2017, Naas’ Ronan ‘Hally’ O’Halloran set himself the mammoth task of releasing 52 songs in the year.

The project, called Peeling Onions, aimed to release one song per week over the course of the year via Facebook.

Not only is he producing one song per week (writing, recording, mixing and mastering all of them by himself with collaborations from his band The Hymns and other fellow artists) he has also been creating a custom made video for each track.

When speaking to the Leader on December 22, Hally had three and a half songs left to release, and very confident he would see through.

Hally had taken a 10 year hiatus from live performance, and returned to the stage this year, after coming to a point of feeling “immensely creative” in 2016.

“I had gotten to a point in my career where I had made records in the late 90s and early 2000s, and I really wanted to do something that was different, that was challenging in the sense that I wasn’t going to be sure if I could do it, if it was possible.

“And I was also in a moment where I had become proficient in a lot of the skills necessary to produce a song and a music video every week and I felt that this was something that could be done.”

He said he needed to do something that would stand out to get his name back out there in the music world.

“The last time I released a record, iTunes didn’t exist so things have changed dramatically in that space of time and I suppose I also felt I needed to do something that people would take notice of.”

Hally is an independent musician and producer, with a six-piece band, whose genre is experimental by nature with indie folk predominance and jazz undertones.

He grew up in Kingsfurze Avenue in Naas.

He spent time in the United States to broaden his horizons, but now a married father of two children, Hally has settled ship in his own studio, Arthouse Studio in Naas.

While the year has been very full-on, Hally said he has enjoyed the experience.

“At different times it’s been very intense because there have been other things going on, live shows to be done and various media things to be done, but it has grown legs over the year.I’m really looking forward to January to just relax.”

He said the feedback has been brilliant across the world.

“It’s been really humbling, we’ve got people who followed this project from all over the planet. We’ve gone from very few followers to nearly 12,000 and most of them don’t live in Ireland so it’s been amazing to interact with people who don’t even speak English.

“It’s been an amazing way to release music, just goes instantly to the people.”

Hally will take a break at the start of January, before it is full steam ahead for 2018.

He is planning to get the “show on the road” and tour Ireland, and dip his toes into the UK.