Dramatic scenes in Newbridge as young actors get Visibly Vocal

50 actors from all over Europe to join locals for performances 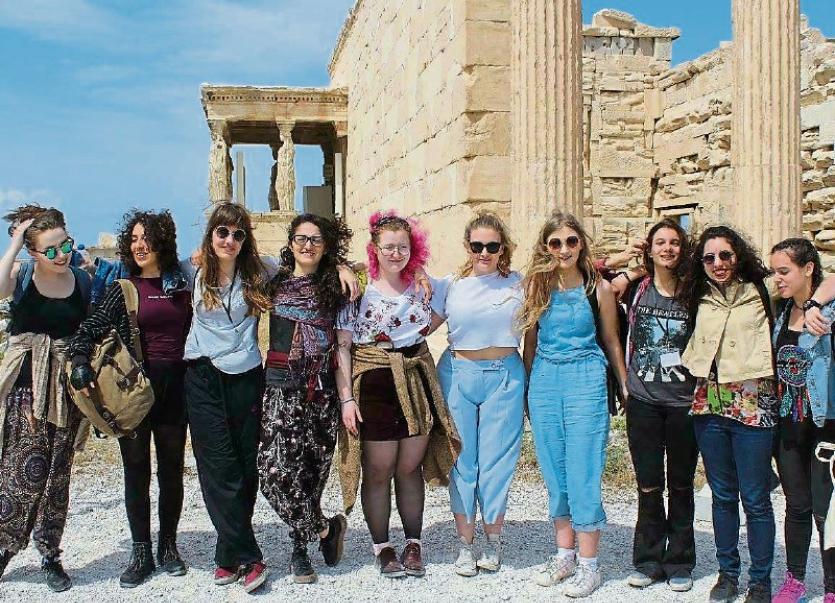 Irish students outside the Parthenon on a tour of the Acropolis during an exchange at Easter.

Crooked House Theatre Company in Newbridge will host 50 young people from all over Europe this week in a week-long theatre-making project called Visibly Vocal.

Teenagers from France, Spain, Denmark, Greece, Italy and Ireland will congregate in Newbridge for a programme of workshops and performances where they will work with professional artists to make short performances in public spaces around the town.

The project, a youth exchange, is funded by the EU Erasmus+ programme for Youth and Life-Long Learning, and is designed to bring European young people closer together to share their views and learn about issues facing Europe today.

Peter Hussey, Artistic Director of Crooked House, says organising such an event is a challenge, but they have hosted more than 20 such projects in the last 15 years. 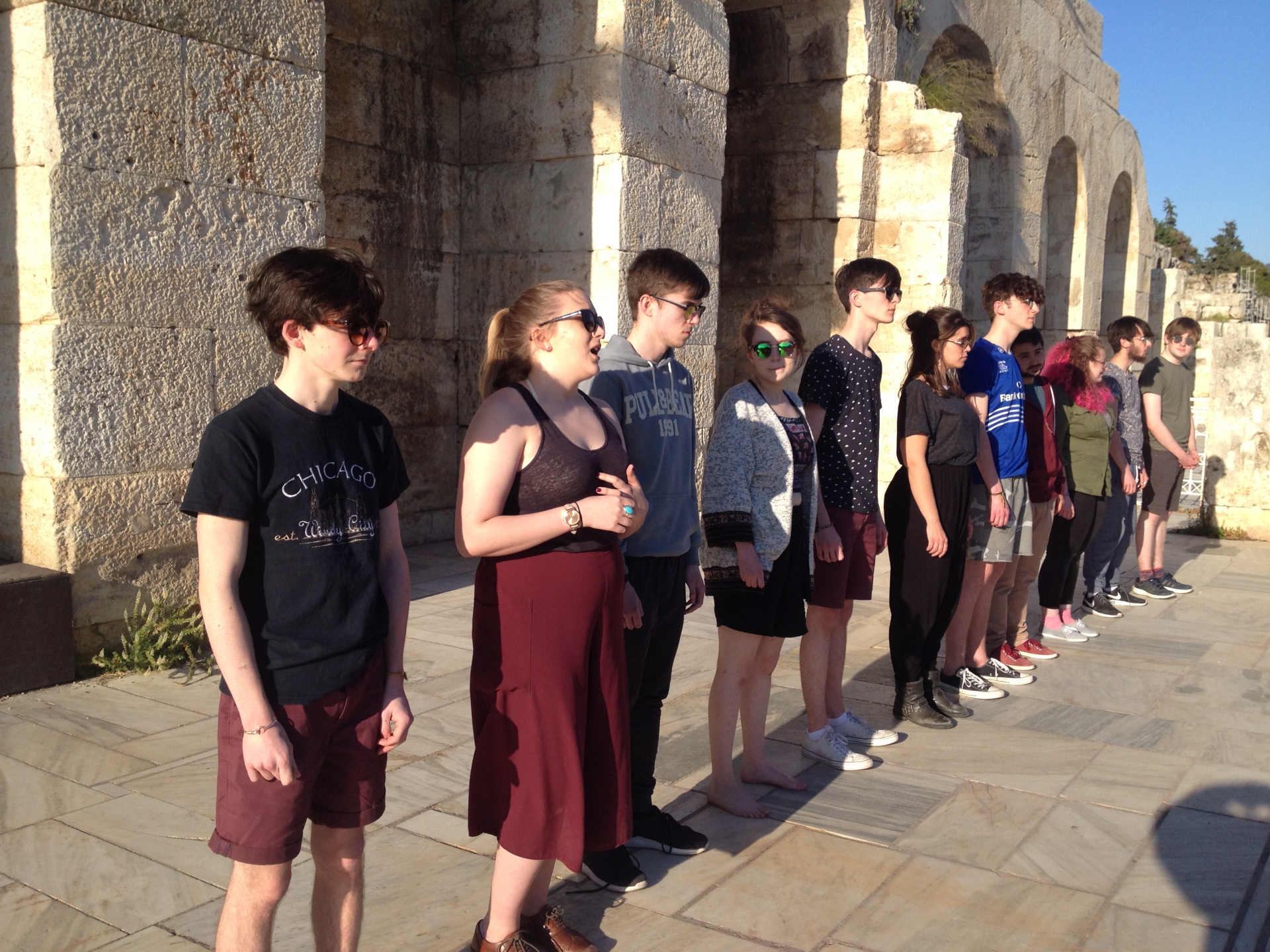 Performing outside near the Acropolis last easter during the Indigo exchange to Athens.

“This one will be different in that the young people will perform on the streets and in the park on Saturday, August 12 from 7pm onwards.

The public is invited to follow a trail of short performances around the town, free.”

Visibly Vocal refers to young people becoming both visible in public and sharing their concerns to a wider audience.

“We can expect short performances about climate change, about migration and refugees, and about any issue the young people feel is important to them.”

The groups come from theatres with whom Crooked House has built strong relationships. “We have been working with Theatre Le Grand Bleu in Lille, in France, for several years,” Peter says, “and we regularly bring young people to Lille for projects.

“Our partners in Greece are Kinitiras Studio in Athens. This Easter we brought 15 Kildare young people there to work with 15 young Greeks on social issues relevant to the two countries.

“Likewise, we have been to the beautiful island of Bornholm, Denmark, where we worked with our partner there (Cirkus Stjerneskud and Bornholm’s Dramaskole) on various projects over the years.

“Our Italian and Spanish partners are new to us and we look forward to working closely with them.”

The Irish young people  are from Newbridge, Leixlip, Kilcock and Celbridge.

Charlie Hughes-Farrell, from Kildare Youth Theatre, says that taking part has brought huge learning to himself and to his friends. 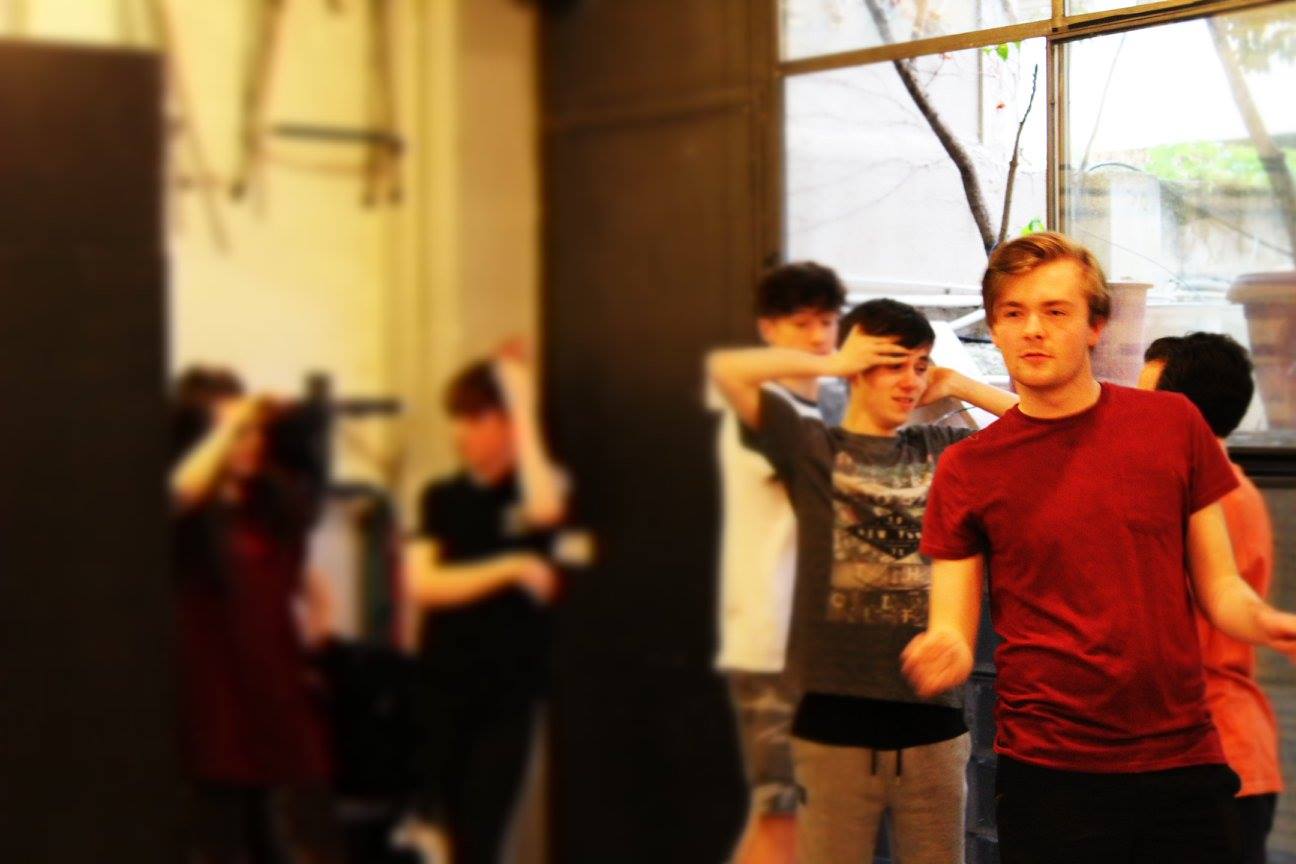 “We get to really engage with people our own age from cultures different to ours: we find out how their education system works, how important or not family is, and what kinds of pressures face young people after school in terms of employment or college.”

The Irish young people are busy preparing their studio space (above Johnson’s) for the exchange. Lauren Kelly from Naas says “we work hard to make them feel as welcome as possible. When english is not their first language it can be difficult to communicate, but with theatre, we find that we often don’t need any verbal language to be understood”.

The benefits of international exchanges are not just for  young people, adds Veronica Bagnall, one of the volunteer youth workers .

“We spend a lot of the project money on hiring local caterers, buying food and other supplies, and of course, the majority is spent on accommodation.”

All the young people are staying in the Gables Guesthouse, which is ideal, says Peter. “It doesn’t have a bar, each room has an en suite, and  is situated along the beautiful Liffey Park and Strand, a short walk from the town centre where we are based”.

He also thanks the Patrician Secondary School, “without whom we would never be able to run the project. Patrick O’Leary, the Principal, and the staff, generously give us three rooms to use for workshops.” 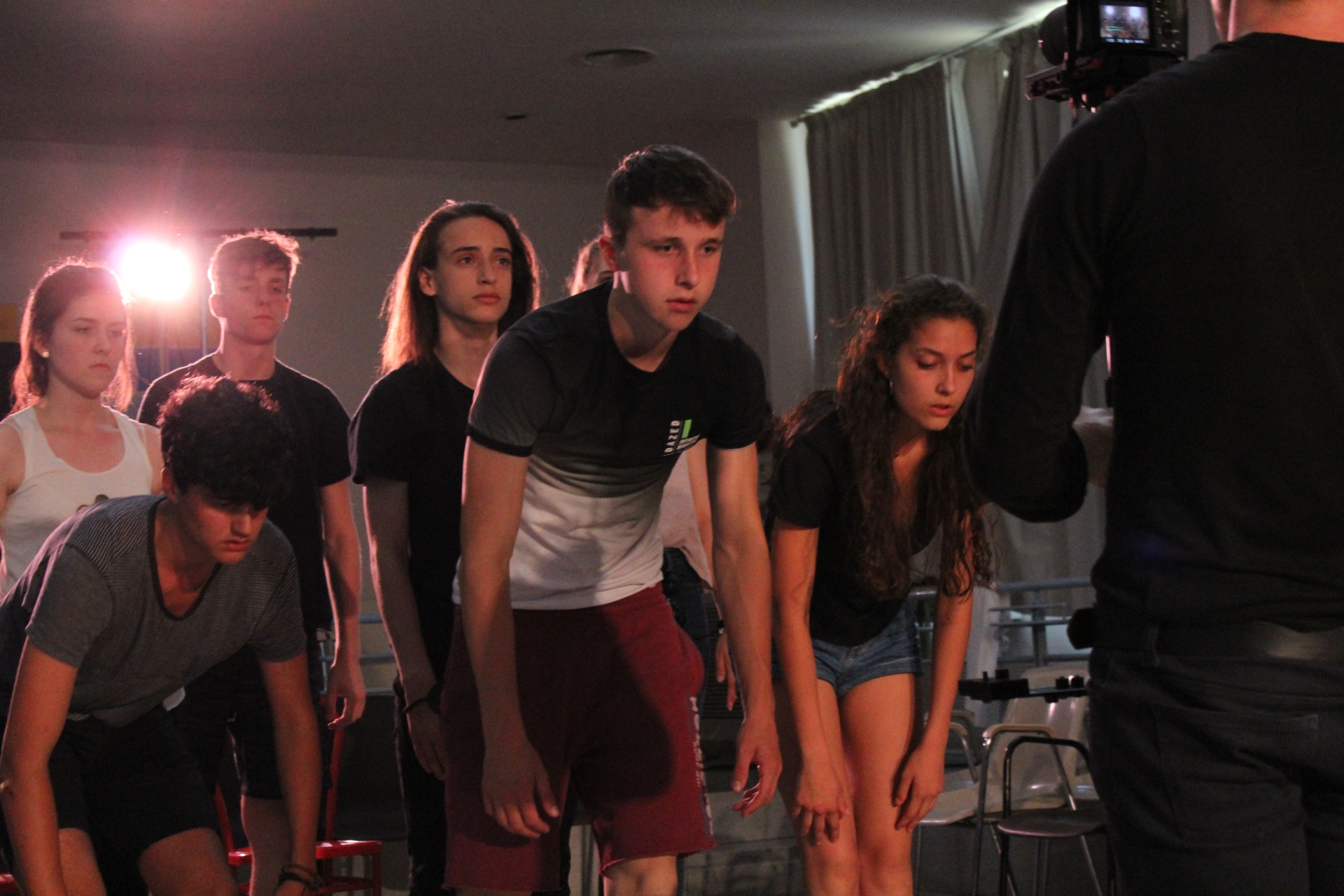 Doug Morrison and some of the international group performing a piece they made during our Spanish exchange in June.

Ana Rodriguez Asensio is a volunteer with Crooked House on an Erasmus Study Abroad programme, supported by her university in Spain. She has a background in street theatre and performing arts.

One of the activities she organised is a kind of treasure hunt, where the young people have to form small groups and visit places in the town (from Newbridge College to the Whitewater Shopping Centre) looking for clues and making short performances at each stop.

On the other days the young people get to work with internationally established theatre-makers, an opportunity that they would never otherwise have.

These include Gerrgina Kakoudaki from Athens who is a director, young Spanish up-and-coming director Juan Escalona Correll, who directs verbatim and site-specific projects in northern Spain, choreographer Antigone Gyra whose work is recognised all over Europe.

The project is free to participants. Crooked House organises three or four such exchanges a  year.

Young people can join KYT in September and be eligible to take part in the next one  in Lille in November. Visit kildareyouththeatre.com

If  you see groups of young people behaving dramatically around the Main Street this week, don’t be alarmed. Come and watch what they are doing.