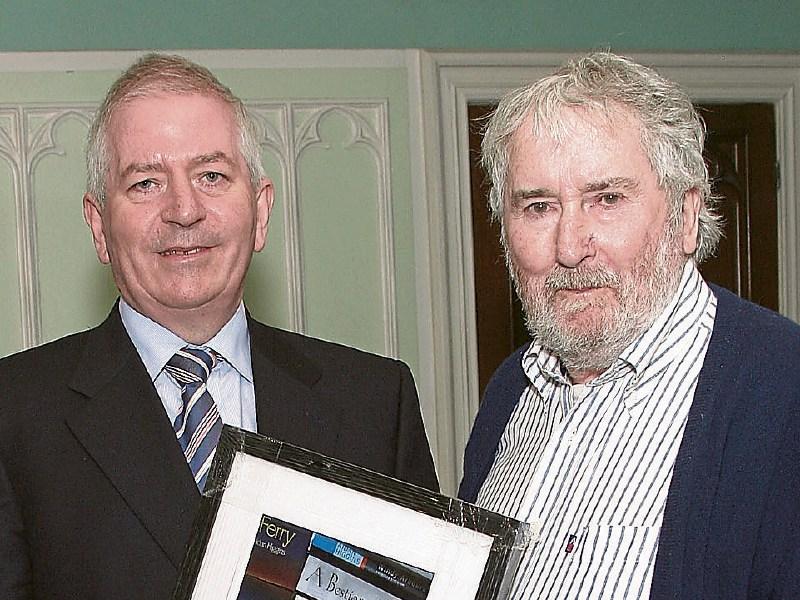 AN appeal has gone out to the general public to support a documentary film on a late county Kildare writer.

Writer, Neil Donnelly, has been working on a documentary of writer Aidan Higgins, who was brought up in Celbridge, for some time, and died in 2015 aged 88, for a number of years.

The documentary, “Where Would You Like the Bullet,” is about a writer who has been admired by writers like Samuel Beckett and Annie Proulx.

There have been filmed interviews done in Celbridge, Kinsale, Berlin, London and Dublin. “The majority of filming has been done but there is some still to do,” said Neil, adding that around 70% of editing has been done.

Many such project have funding support but, said Neil, no funding body was interested. Anyone interested can contribute through GoFundMe.com/p/2jqx or www.NeilDonnelly.ie

Neil Donnelly uses the term “beautiful prose” for the work of Higgins.

But making the documentary has not been an easy task.

When discussing the project initially with the writer, he told  Higgins: “If you don't like it you can shoot me.” Higgins responded: “Where would you like the bullet.”

Born in Celbridge in 1927, Higgins lived with his family at Springfield House on the Clane road. He attended Clongowes Wood College before working at an advertising agency in Dublin.

He moved to London in the mid 1950’s and then travelled in Spain, South Africa, Germany and Rhodesia. His best known novel, Langrishe Go Down,  published in 1966, was about four sisters living in a big house - which was Springfield House. It won a number of awards and was was made into a BBC series, with Judi Dench and Jeremy Irons in lead roles.

He published a three part autobiography, A Bestiary, and produced for BBC radio as well. His criticism work, much of it published in the former Hibernia newspaper, is contained in a collection, "Windy Arbours." “Higgins sales are always very steady, always on the slow side, a trickle,” said Neil.

A member of Aosdana, Aidan lived in Kinsale, Co. Cork from 1986 until his death.

Kildare based Neil Donnelly, has been working on the documentary film for a number of years.

Neil  organised the Aidan Higgins festival in 2007 to celebrate Aidan’s celebrated his 80th birthday in north Kildare in 2007.

Well known US writer, Annie Proulx, a fan of his honoured him with her presence in Celbridge Abbey.

In a 2008 interview with the Leinster Leader, Higgins told how, after reading a Higgins short story, Asylum, from the 1963 collection, Felo de Se, Beckett gave him the following advice: “Write on, only for yourself and for nobody else.”