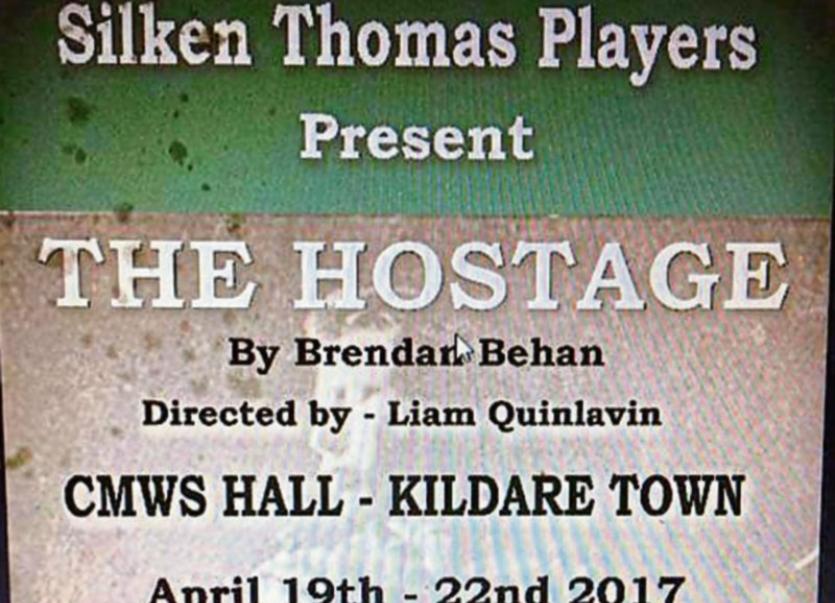 Kildare town’s Silken Thomas Players will take to the stage with a revival of Brendan Behan’s classic play The Hostage at the CMWS Hall, Kildare from April 19 to 22 next

Directed by Liam Quinlivan The Hostage was previously performed by the group in 1994. The play centres on Leslie Williams played by Colin Walshe who is kidnapped by the IRA and held in a house of ill-repute owned by Monsewer (Chris Round) and run by Mr. Pat (Mick Conlon) a disillusioned republican. Williams whilst held as hostage and set to be executed befriends and falls in love with fellow orphan Teresa (Aislinn McFadden).

The play is populated by the bawdy, the fanatical, the cynical, the corrupt and the insane.  The rest of the cast ismade up of Vikki Byrne, Elise Tory, Sofia Tilahun, Niall Moore, Caithriona Ures Maher, Bernadette Nolan, Breda Levins, John Walshe, Jon Jones and Connie Broderick.

The play is described as a comedy of slapstick and satire with elements of music hall and promises to be an excellent night’s entertainment.