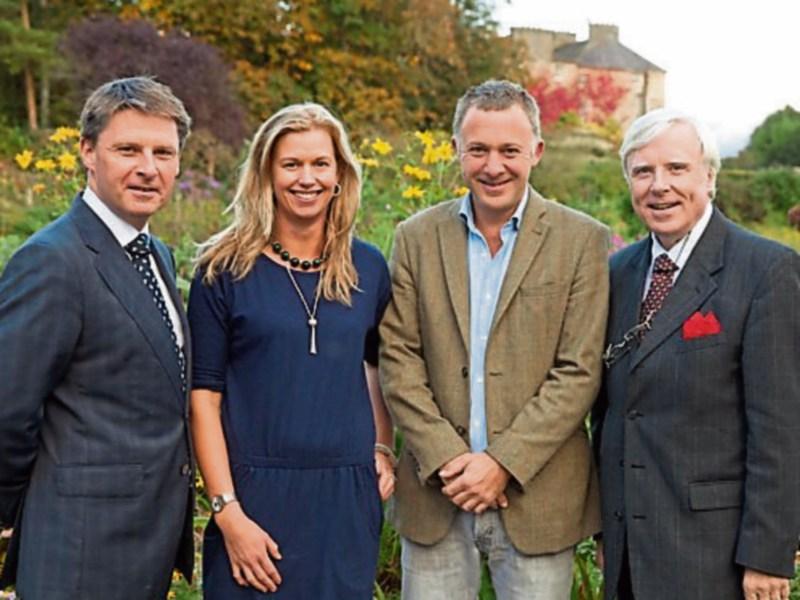 The Brennan brothers with owners Joanna and James Fennell

Athy’s Burtown House will feature on ‘At Your Service’ presented by Francis and John Brennan on Sunday night April 9.

Owners James and Joanna Fennell have recently expanded their business with the opening of the Green Barn restaurant and they filmed with John and Francis at Burtown house on Monday, October 10 last.

The show will focus on the Fennells huge learning curve as they expand their catering operation and luckily the Brennan brothers are on hand to help.

According to the owners at the time of the filming they were quite far advanced with their plans, ethos and general direction for the Green Barn Project.However they add that it was great fun filming with the Brennan brothers. They also had lots of fun travelling to The The Pig’s kitchen gardens In the UK where had been inspired, with a fun day spent with Olly Hutchen, head Kitchen Gardener and his team.

The Fennells moved from a small gallery café that caters for 20, to a large 80 seater restaurant business. As well as building the Green Barn from scratch, they also must develop their organic kitchen garden, which will serve the new restaurant The Barn. The Barn is based on a Scandinavian design, with an emphasis on rustic textures and woods. It has a gallery and gift shop selling crafts and products from local food producers, as well as photography and artwork. The show will be aired on Sunday on RTE one at 8.30pm.