Action-packed line-up in store for the Kildare Drama Festival 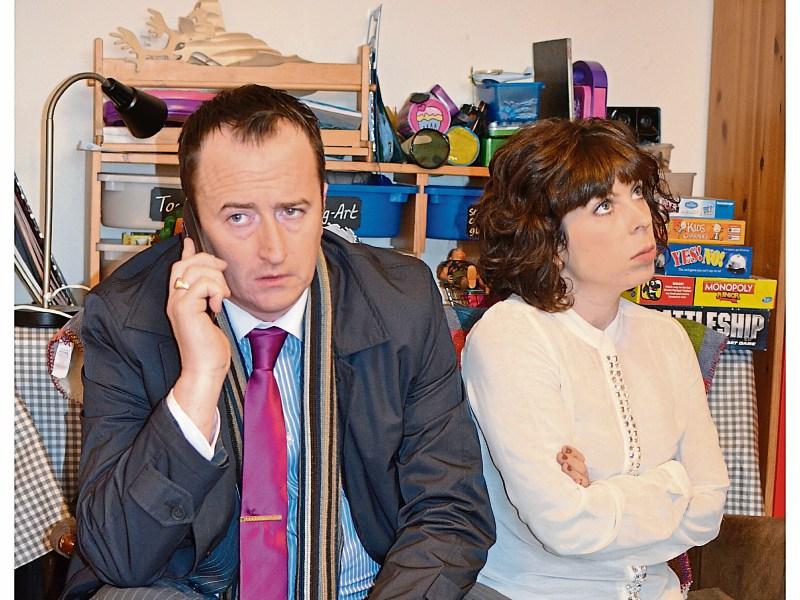 Conor O'Connell and Sarah Gallagher of the Moat Club, Naas, will appear in 'God of Carnage' on Friday night

All the action will take place at the CMWS Hall in Kildare town, and a great week of drama and entertainment, with plays from drama groups from around the country, is promised.

Here’s the complete running order for the week:

The Tide is a darkly comic tale about the journey taken by two unlikely strangers who meet on Tullaghan Strand in Co Leitrim. Daisy is a middle-aged woman and JC a young man. Both of them dream of a different life, one of freedom, the other of passion. Who knows how far one will go for a dream? Daisy and JC go on an adventure together. By the time the tide has turned, will they both have found what they are looking for?

Living Quarters reconstructs a day in the life of the Butler family in the village of Ballybeg, Co Donegal. Frank Butler, who has served all his life in the Irish army, returns from United Nations service a hero only to learn of his young wife’s affair with his son from a previous marriage. The memory play parallels with the Greek tragedy play Hippolytus.

If the slovenly condition of Oscar Madison’s apartment is anything to go by, it is no wonder that his wife has divorced him. When his fastidious friend Felix Ungar arrives with nowhere to go, having just separated and trying to hold himself together, Oscar and Felix’s idiosyncrasies come to the fore and relationships are tested to breaking point.

Little Gem involves three generations of Dublin women - Kay (grandmother), Loraine (mother) and Amber (granddaughter). They narrate several months of emotional turmoil that they have experienced. Each woman is experiencing some sort of crisis and communication between the three is fraught at best. As the play opens, Loraine has experienced something of an emotional breakdown in work and has been encouraged to seek therapy. Loraine’s husband has suffered a recent stroke and this does not help matters, while Amber has her own problems.

Closer tells the story of sexual passion and betrayal. It charts its character’s actions through nearly four years. Alice, a young stripper, falls in love with suburban journalist Dan, who then meets up with Anna, a photographer, and brings her together with Larry, a young consultant dermatologist, via the internet.

The Play About The Baby - Open - by Edward Albee

The Play About The Baby opens in a version of Eden, with the boy and girl, and she is pregnant. The girl gives birth to the baby. Soon, a middle-aged couple, the man and woman, appear. Witty, cryptic, part puzzle play, part vaudeville, the play is essential Albee, and shows the major American dramatist - now deceased, continuing a career of experimentation that has always been very European in its absurdist embrace and subsequent disregard for naturalism. This funny, harrowing dramatic fable, which features a four-member ensemble, is as explicit and concise a statement of what Mr Albee believes as he is likely to deliver. It is presented in the form of what might be called a cosmic vaudeville, in which two old pros in this old world teach a pair of young adults just how bleak and dangerous the world can be.

Tribes is the story of Billy, the only deaf member of a loving yet very dysfunctional family living in London. Billy’s world is opened up when he meets Sylvia, who, much to his father’s disgust, teaches him to sing.

This play encourages us to ask questions about communication, belonging and family.

The God of Carnage - Open - by Yazmina Raza

In The God of Carnage, a playground altercation between two 11-year-old boys brings together two sets of parents for a meeting to resolve the matter.

At first, diplomatic niceties are observed, but as the meeting progresses, tensions emerge and the gloves come off, leaving the couples with more than just their liberal principles in tatters.

Shows are nightly in the CMWS Hall in Kildare town at 8pm.