It's a long, long way from Clare to here for Newbridge's Luka Bloom 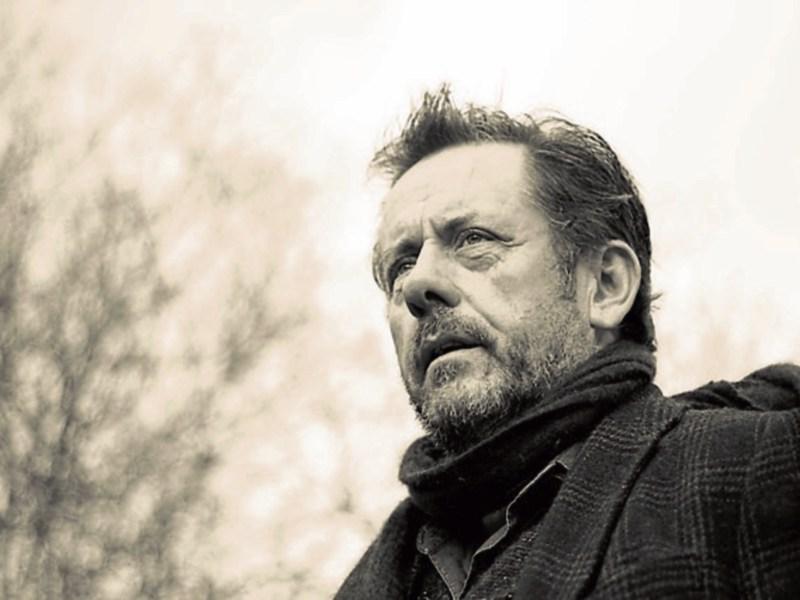 Luka Bloom, one of the famous musical Moore family of Newbridge, is ruminating on his move to ‘the people’s Republic of North Clare’ almost three years ago.

“What prompted it was the August Bank Holiday weekend of 1973, the year I got my Leaving Cert results. We all got a shock because I got five honours — I’d been expelled from school the year before. In a moment of weakness my mother agreed to give me a loan of the family car to go to exotic Doolin for a weekend.

“It changed my life. I spent the next 40 years fantasising about living in Clare… the music has been calling me for 40 years.”

The trip south from Blacktrench is probably permanent at this stage.

“I’m not great at making plans, and anything could happen, but I’d be surprised if I moved out of here now.”

He’s become attuned to the way of life on the wild and lonely west coast, and it has infused the new music on his latest album, Frugalisto, with its sounds.

The lifestyle and the landscape in Clare inspired many of the tracks on the album.

“There is no hurry, because it is down time. Even the Wild Atlantic Way cannot entice big numbers to come. And so we go quiet. We play with and for each other,” he wrote in a piece about the album earlier this year.

His songs draw from the people and the landscape and “the dream of being a surfer in middle age in Give It a Go”, as he writes on the album’s notes.

Although sometimes that notion is more of an ideal than a practicality.

“Let’s make one thing really clear. I have a ‘romantic vision’ type of relationship with the notion of surfing, and I’m convinced that the best way to keep that romantic notion alive is never to do it!” he said. “I wrote a profound song years ago about being a bogman, and I never did a day’s work on the bog in my life. I get other people to do the heavy lifting — I just sing about them and all their good work,” he said.

Bloom hasn’t done a ‘proper’ theatre tour of Ireland in several years, but is playing several dates, from Cork to Galway to Dublin, to promote the album. He’s looking forward to getting back on the road.

“Ennis is the big smoke now… so the idea of going into Limerick and Galway is unbelievable. To cope with the excitement, I’ve had to up the pills. I’m joking of course!

“I like being under the radar of media stuff. Once every five or six years I raise my head above the parapet… and hope it doesn’t get shot off.”

However, although he has been absent from the Irish stage, Bloom tours abroad extensively. He’s been on the road in Australia, Holland and Belgium already this year, and after his string of Irish dates is complete, he’ll be heading to Germany to play for fans from Hamburg to Munich and in many points between.

But before all that comes the pair of hometown gigs this Friday and Saturday night at the Riverbank Arts Centre in Newbridge.

It will be a family affair on Friday night as his older sister Anne Rynne will be the opening act. “We celebrated her 68th birthday [last June] with her debut CD.

“She picked up a guitar and the age of 64 and she can’t stop playing it. She’s down in Milltown Malbay there practising away.”

“And I’ve invited my dear friends from Piercetown, the Cahills, to sing with me again. It’s a hometown gig, it has to be a bit special.”

Bloom, last Thursday morning, talked of the rawness of life in Clare. He was speaking to the Leinster Leader before heading to pay his respects at the funeral of Coast Guard volunteer Caitriona Lucas in Liscannor.

“Life is raw. The ocean gives and the ocean takes. When you live beside it, you see it on a daily basis.

“You see it in wintertime, the rawness of the people. The population of 65 swells to 1,600 in summer. For a Newbridge person, that is very different. In winter and summer, life is different.

“Surfing has attracted a whole new generation, you meet these beautiful young women and their partners. There is a massive baby boom happening down here, whatever the fecking surfing does to them!

“Life is different, interesting, challenging. There is a constant flow through of people from different parts of the world. I like that.

Bloom’s schedule is ‘booked out’ until next May — “that’s the way I have to do it, to book venues I want to play in”. He’s starting to write again, perhaps for his next album.

“I’ve stopped writing for long periods to go and live life. When I go back it’s a bit terrifying, but that’s the way I want it to be. Who knows if it will come to be on an album. I’ve made 21 of them, it’s something I’m addicted to.”

Luka Bloom plays the Riverbank Arts Centre in Newbridge this Friday, September 23 and Saturday, September 24. For tickets, go to www.riverbank.ie. The show starts at 8pm.

Tickets for individual shows cost €22.50 or a double ticket (one ticket for each night) €35.