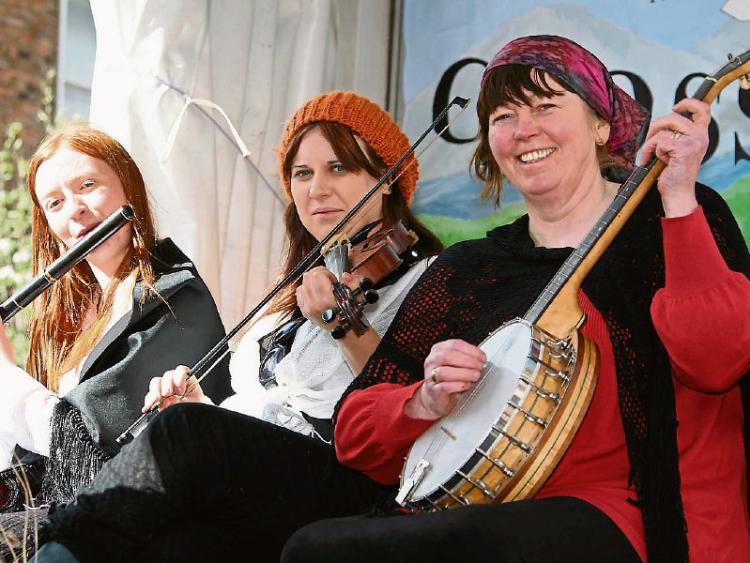 Fans of traditional Irish music are in for a treat at the Curragh on Sunday as members of Comhaltas Ceoltóirí Éireann Cill Dara are set to perform a marathon session in the afternoon.

Punters will be welcomed to the racecourse between 12 midday and 2pm by trad musicians, from all over the county, playing a range of reels, jigs and hornpipes beside the turnstiles.

The first group to perform will be from Clane Maynooth Comhaltas, followed by members from Kilteel Eadestown. Kilcock Comhaltas members are third in the running order, followed by the Leixlip group.

Members of the Kilteel Eadestown group, plus Irish dancers, will also perform at 2.40pm in the racecourse’s family area. The Beartla O Fhlatharta ceili band, who were Leinster Champions in 2015 and 2016 and are made up of musicians from Leixlip Comhaltas, will also perform there later in the afternoon.

Some 50 traditional musicians in total will show off their musical skills during the day.

“It gives all the branches a chance to play at this prestigious event in the Curragh, and we’d like to say a big ‘thank you’ to Evan Arkwright from the Curragh Racecourse for asking us along, it’s nice to be asked,” said Tom Dillon, chairman of the County Board. Comhaltas was asked to play a part in the Longines Irish Champions Weekend to bring an Irish flavour to the races to mark the 1916 centenary commemorations.

Next year marks Comhaltas’ 50th anniversary in Kildare, and their performances at the Curragh Racecourse will kick off the golden jubilee celebrations.

Another special event will be marked later this month at a celebration in Millicent Golf Club, Clane. Breeda Cullen Shortt from Ardclough has been a member of the organisation since its inception when she was just 16 years of age, and the gala night is to mark her half-century of membership.

According to Mr Dillon, September is a busy time for Comhaltas, as their music classes are starting back after the summer break.

“For us, it’s all about trying to pass on the love of traditional music to kids and to the next generation,” he said.