Music and drama spectacular in Naas to mark 1916 Rising 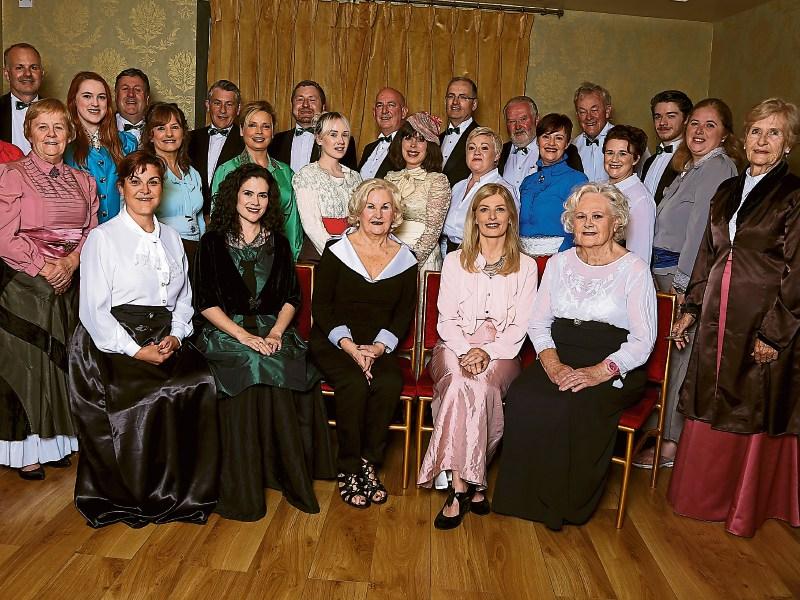 Some of the cast members of Mise Éire. Photo: Aishling Conway

A spectacular musical drama will take place at Naas Town Hall this Tuesday and Wednesday, August 30 and 31, to mark the centenary of the 1916 Rising.

She has joined forces with fellow stalwart of the local music and drama scene, musical director Owen C Lynch, to produce a spectacular gala concert.

The show will feature a 40 strong mixed choir with members from Naas, Newbridge and Clane Musical Societies, Newbridge Vocal Academy and the Moat Club.

Mona's grandson Johnny Randall, who is a student of the Royal Ballet in London, is returning to Naas to take part in the production.

With stunning choral arrangements by Owen C Lynch, the show will feature such well know songs as Only Her Rivers Run Free, Ireland, Mother Ireland, The Foggy Dew, Let There Be Peace, Four Green Fields, A Nation Once Again, I Hear You Calling Me, Banna Strand, Grace, Scenes That Are Brightest, The Last Farewell and I Know Where I’m Going.

There will also be recitations and an excerpt from Kathleen Ni Houlihan, written by W B Yeats and Lady Gregory in 1902.

Tickets are now on sale and available from JAM Music Naas 045 883788. Tickets are limited and booking is advised.

The production starts at 7.30pm.