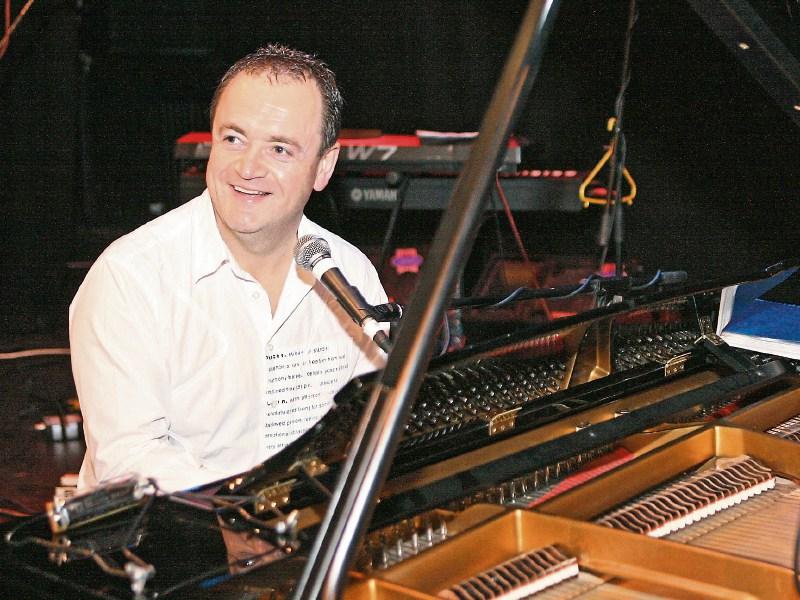 Piano Man John Forde will play all the hits at a concert this  Thursday, July 28, in aid of Naas' Main Street Food Bank.

John is a well-known face on the Naas music scene, as he used to own the now-closed record store Top Twenty.

With his 'Piano Man' show, he brings to the stage all of the great piano classics, including Rocket Man, My Life, Crocodile Rock, Goodnight Saigon, Candle in The Wind, and, of course, The Piano Man.

He will take to the stage with backing musicians and singers —the 52nd St Band — and a unique night of top-class entertainment is guaranteed.

“It's a great cause,” he told the Leinster Leader.

The bank is an initiative started by the Church on Main Street, which operates out of the Old Dara Cinema buliding.

It began as a pilot project in December 2012, and since September 2013, the drop-in centre has operated every week in Naas.

According to organisers, an average of 93 individuals and families access the service for help every week.

Food poverty is an increasing issue in Ireland, with Department of Social Protection figures stating that 10 percent of the population does not have enough food security.

All profits from the Piano Man concert will go to the Food Bank.

This show has sold out many times so book early to avoid disappointment.

Keith Plunkett will provide a support slot on the night. Tickets at €20 are available at Jam Music, Naas and www.downdaroad.com.

This is a strictly no alcohol event.

Refreshments will be available on the night with all proceeds going to Naas Main Street Food Bank.

The concert is sponsored by ISS Recruitments, The Elms and Punctual Print.