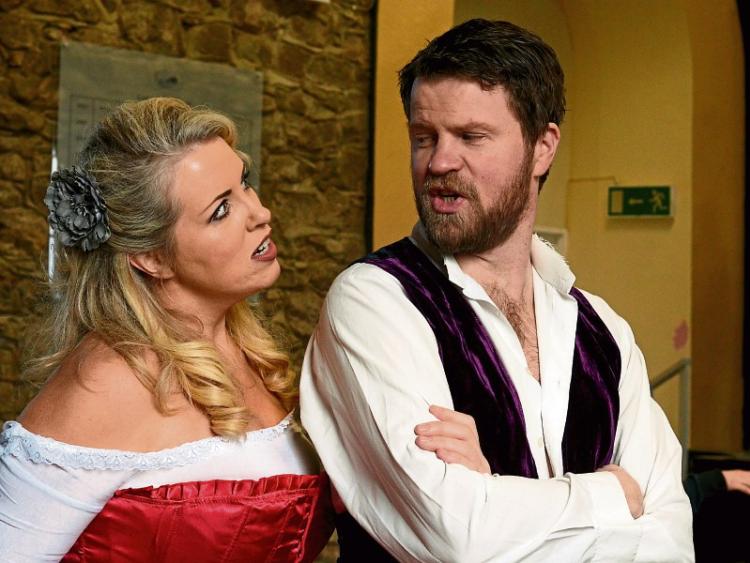 Tickets remain on sale for Clane Musical and Dramatic Society’s Kiss Me Kate show which started on Monday, April 11 and runs until Saturday April 16, starting at 8pm each night.

The show at The Abbey is full of vocal talent for the Cole Porter musical.

All tickets for shows from Thursday to Saturday are €18.

The principal parts are played by Edel Marron O’Flaherty (Kate) and Séamus Sullivan (Fred), with Michelle Flannery (Lois) and Rónán MacCabe (Bill); Peter Fay and Eric Nolan (the gangsters); Alan Maleady (Paul); Pat McElwain (General Howell) and many more too numerous to mention here contributing to produce a wonderfully hilarious version of this most entertaining show.