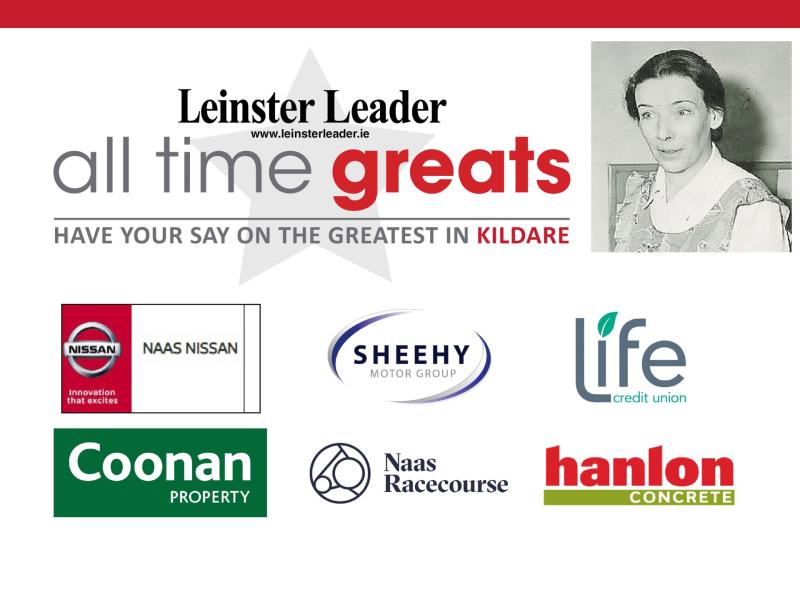 Rathangan woman Maura Laverty (1907 — 1966) led an extraordinary life, in which she wrote a bestselling cookbook and a novel which scandalised the town of her birth.

In the 1920s, she worked in Spain as a governess and secretary to royalty, and then as a foreign correspondent.

She returned to Ireland in 1928 to marry and have a family. Her first novel Never No More was a thinly-veiled account of life in Rathangan, aka Ballyderrig, and caused quite a stir locally. Two subsequent novels were banned by the censor for their frankness.

Maura, a prolific author and journalist, wrote Tolka Row, RTÉ’s first soap opera which ran in the 1960s, and several cookery books, including the classic Full and Plenty.