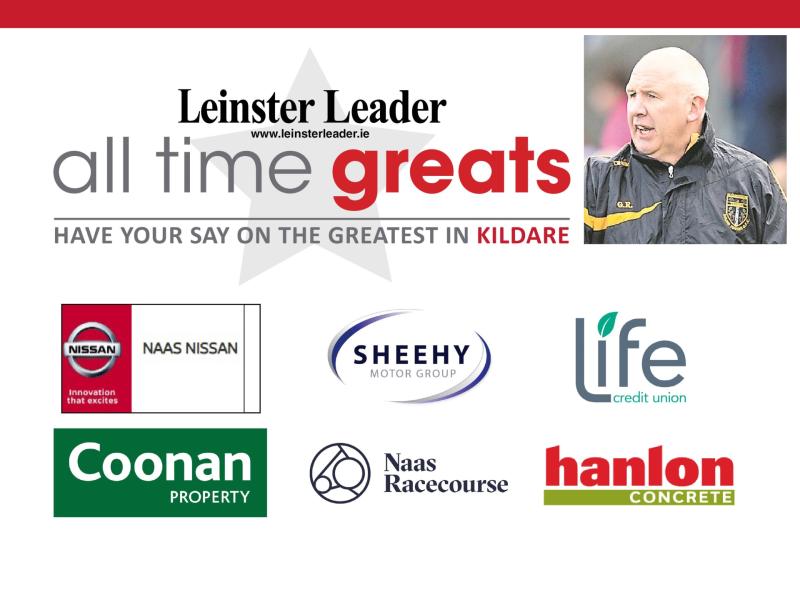 When it comes to football and Kildare, one name that always stands out is Glenn Ryan, who captained the county team under the management of Mick O’Dwyer.

The Round Towers man wore the no 6 shirt for The Lilies with honour and distinction as he led Kildare to the Leinster title in 1998, and again in 2000, and who will forget the ‘98 when Kildare played Galway in the All Ireland football final.

Glenn was twice honoured with All Stars, in 1997 and again in 1998, and was also named in the Kildare team of the Millennium. A leader, highly respected and much loved by all Kildare people.

Ryan managed Kildare U21s to Leinster success in 2008 and to the All Ireland final. He led Longford senior footballers to Division 4 and 3 League titles in 2011 and 20122.