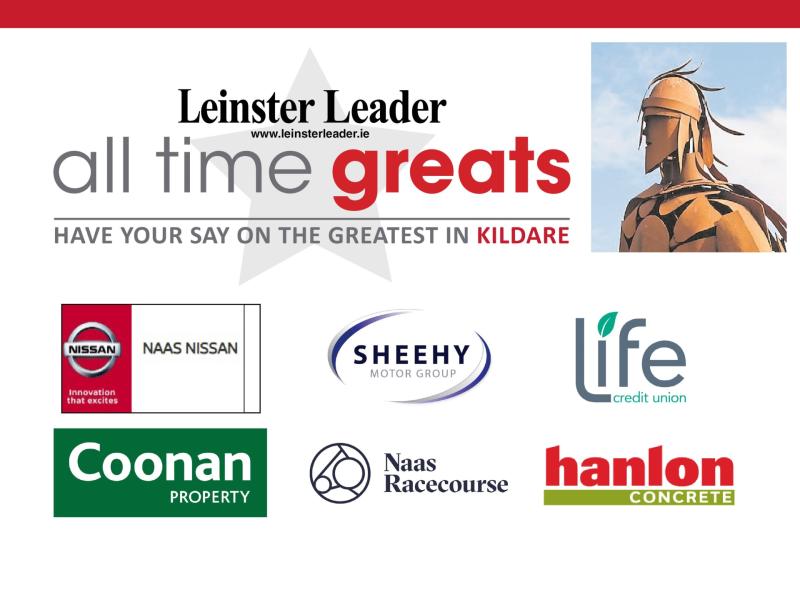 This mythical legend of the Fianna warriors fought his battles on the wide open plains of Kildare and played his games on the hill of Allen, from where his mother Muirne’s clan hailed.

Although he reputedly spent his boyhood over the border in Laois, when he rose to become chief of the legendary Fianna warriors, Fionn made the Hill of Allen his stronghold. The builder of the Giant’s Causeway is reputed to be sleeping in a cave, waiting for Ireland’s hour of need to rise again.

The hero of the Fiannian cycle of Irish myths and legends is proudly commemorated for his links to Kildare — most publicly in the stunning statues at the Curragh motorway roundabout, which also feature his loyal hounds Bran and Sceolán.