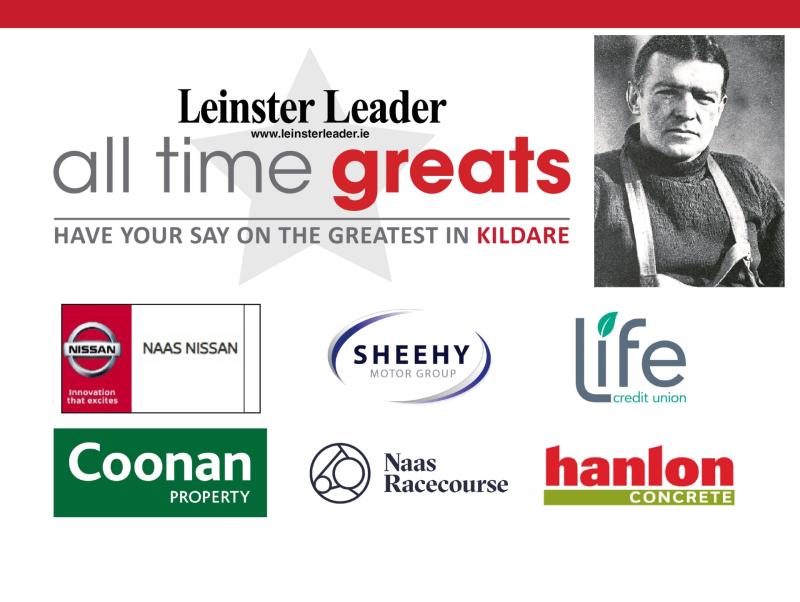 Antarctic explorer Ernest Shackleton was born in Kilkea, near Athy, in 1874, although his family moved to London when he was a young child.

Shackleton was one of the heroes of the age of Antarctic exploration in the first decades of the 20th century, and made several journeys to the ice-bound continent. His most famous exploit sprung from disaster. When his ship Endurance was crushed by ice while trying to cross Antarctica from sea to sea in 1915, Shackleton led a rescue mission to get help for his stranded crew.

He died of a heart attack while on an expedition in 1922 and is buried in South Georgia. He was recently named the BBC’s Explorer Icon of the 20th Century.

There is a permanent exhibition in his honour at the Athy Heritage Centre-Museum, and a statue of him in the town.